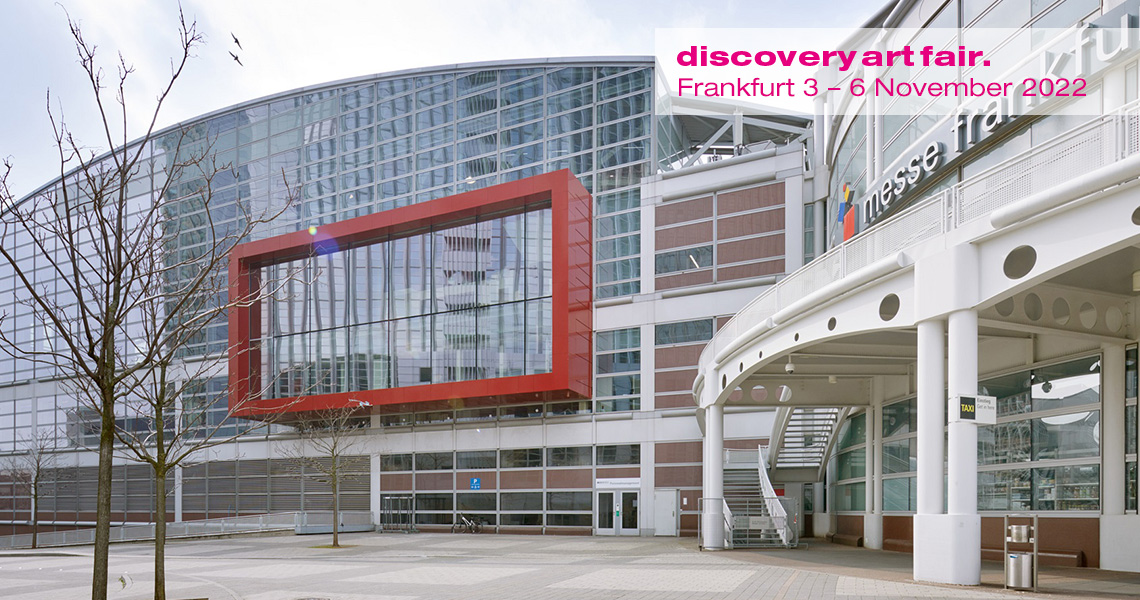 The Discovery Art Fair Frankfurt 2022 is moving back to the centrally located, open and transparent Hall 1.2 on the exhibition grounds. With around 9,000 square metres of the column-free and daylight-flooded upper event level, the former hall of Art Frankfurt offers a fantastic spatial experience and optimal conditions for the presentation of contemporary art.

Discovery Art Fair Frankfurt can now be reached via the prestigious City entrance, which is directly connected to the “Festhalle/ Messe” underground and tram station.

You can find more information about Hall 1.2 on the Messe Frankfurt website.

The Frankfurt exhibition grounds are among the largest and most modern anywhere in the world. Messe Frankfurt plays host to around 260 trade fairs, congresses and other events in Frankfurt every year. Many prominent international trade fairs have been held in Frankfurt for decades, prime examples being the Light+Building or the Frankfurt Book Fair.