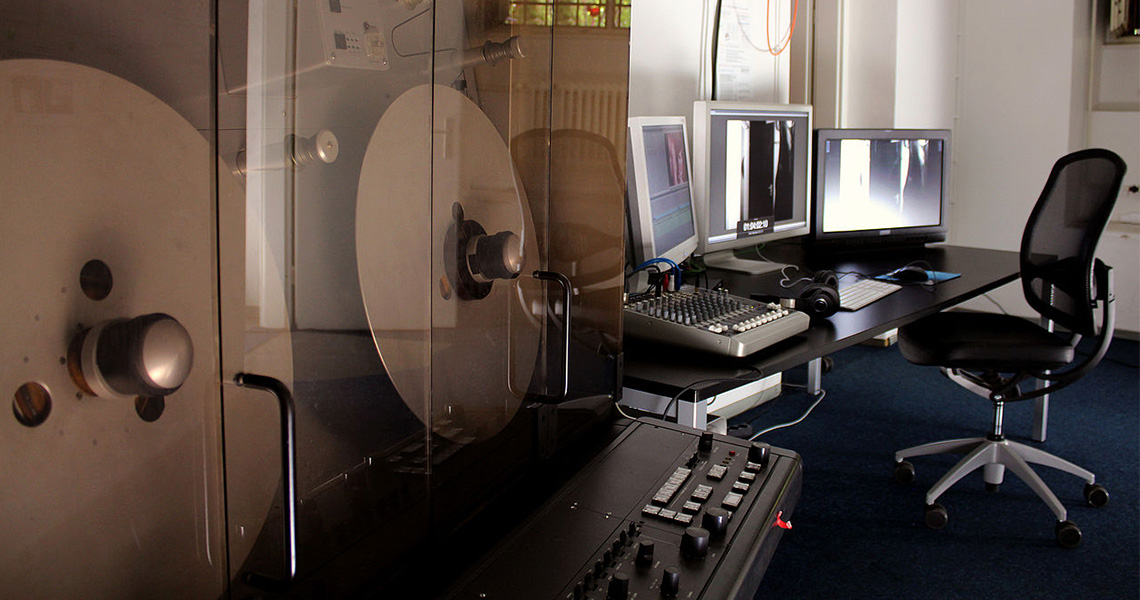 Medienwerkstatt is a media workspace of the BBK Berlin and it was founded in 2009. This spacious environment supports various visual artists and helps them realize their media artworks. In our interview with Sandra Becker, a representative of Medienwerkstatt, we talked about the history of this convenient workspace as well as their plans for 2016 Berliner Liste.

The media workspace of BBK Berlin was opened in 2009, with the aim of supplying the convenient infrastructure for various visual and new media artists. Can you tell us a little bit more about the history of this workspace? What were the main milestones of its development?

Sandra Becker: There is a long history for Medienwerkstatt, but to make it short: Media artists in the 90s had no space to work. There was already a printing workshop as well as a sculpture workshop. So the missing one was the media workshop. At that time media art was not established as an art form, so it took very long until the conception started to become real. Actually, we are still not there. The Medienwerkstatt started as a little part of Druckwerkstatt, the printing workshop. It still needs the one big step to become an independent workshop space with the fundings of the senate like the sculpture workshop. This is the next milestone and we plan on it in the next three years.

Is this your first time to participate at the Berliner Liste art fair? Do you have any previous experiences when it comes to art fairs in Germany or abroad?

SB: It is our third time to participate at the Berliner Liste. Before, we participated at Preview Berlin twice. Also, we took part at media art fairs in Ruhr.

From its very beginning, BBK Berlin has supported the artists working in non-traditional fields such as net art, experimental film, video and sound installations. How about the current art scene in Germany when it comes to digital media artworks? Are there many artists who produce something utterly innovative and hard to categorize?

SB: There are many artists in Germany that produce innovative work difficult to categorize. Digital media artworks have lots of problems. They are often expensive in production and then hard to sell as they do not fit into categories of the traditional art market. The BBK Berlin supports all artists and all art forms in Berlin, so also media art is supported. The aim is to give artists in Berlin better working conditions so artists can stay and do not have to leave the city because of high studio rents.

BBK Berlin has taken part in the most diverse projects over the last couple of years, including temporary installations, production of music videos and even digitalization of David Lynch’s videos from 1979. Any new exciting projects which are still on their way?

SB: There are some interesting projects in production. We have several artists who produce their works for the current exhibitions at Kunstraum Kreuzberg, Neue Gesellschaft für Bildende Kunst or for cinemas such as Arsenal. Also, contemporary art archives are asking for getting their collections digitized. Recently there was the Jubiläum of Verein Berliner Künstler and of Alpha Nova Gallery Futura, where the involved artists edited their films in our studios.

Lastly, what are your plans and goals when it comes to 2016 Berliner Liste? How many BBK Berlin artists will showcase their works at our upcoming art fair?

SB: For the Berliner Liste, we did an open call for our artists. We will have an augmented reality performance as well as video art installations and internet art projects. On the analog video-wall we will show our four screenings we did at Kino Central. Also, there will be some interactive projects in the famous Schaltraum, the controlling space that used to provide East Berlin with electricity during the GDR. Our themes:: erection:: resurrection:: transforming energy:: fleeing in advance.