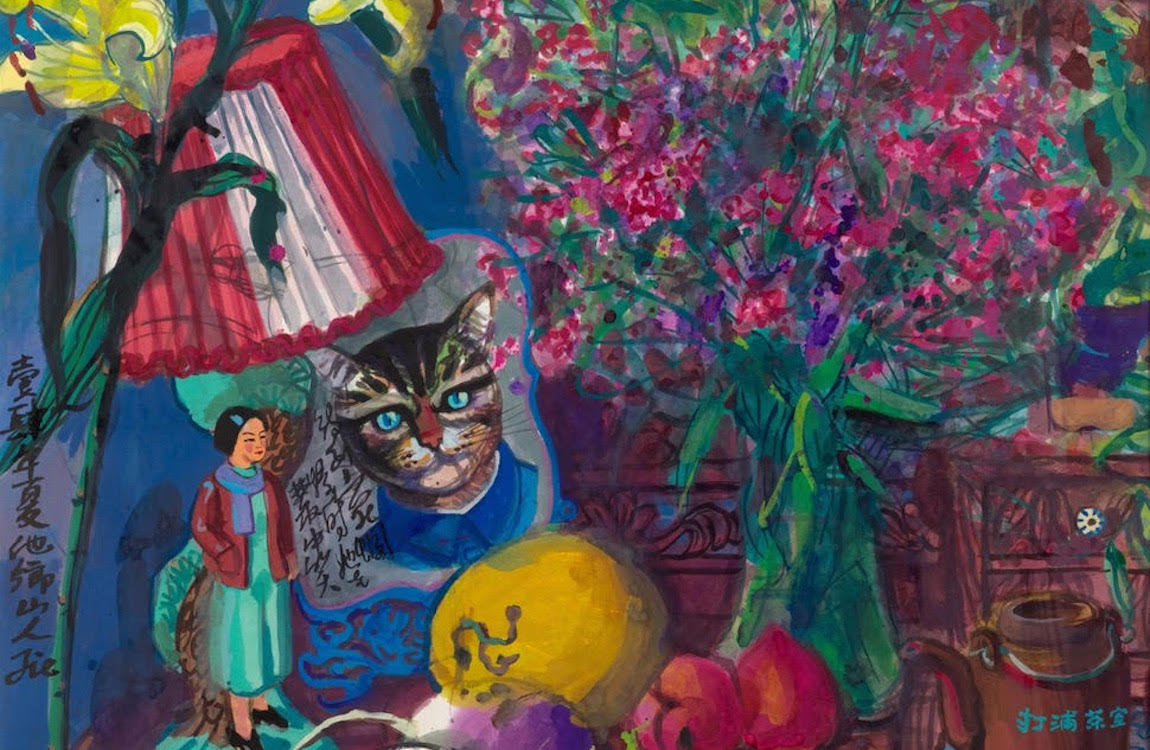 RED ZONE ARTS has been connecting Asian artists with the European art market since 2011. Opened in Geneva, with a space in Frankfurt am Main since 2018, the gallery aims to unveil the new practices and expressions of Asia, while presenting different artists from the East and West together. Dedicated to quality, RED ZONE ARTS has brought figures such as DU Zhenjun, QIU Jie, a founder of the “Stars” group MA Desheng and especially QU Lei Lei, another founder of the “Stars” group , whose works have been acquired by Institutions such as the British Museum and the Victoria and Albert Museum (V&A), Centre George Pompidou.
Progressive and energetic, the gallery works towards bringing cultures together and breaks down cultural barriers with confidence. Engaging and fresh, the works curated by the gallery attract diverse people eager to discover new visual frontiers. 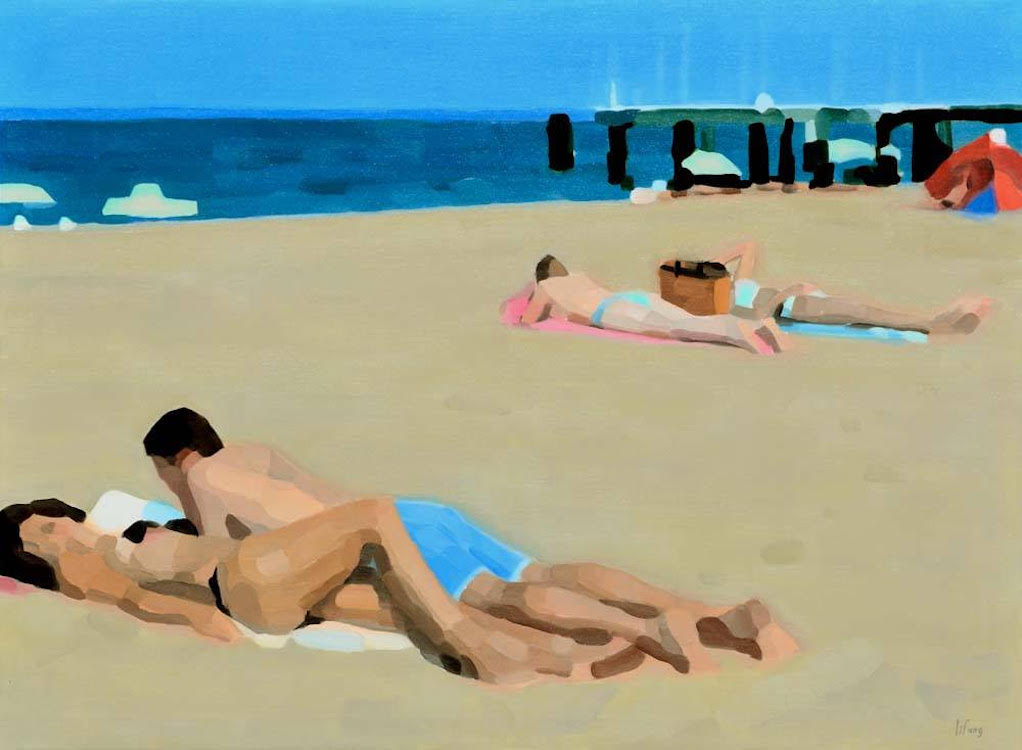 Chinese artist from Nanjing area, LIFANG fuses Asian sensibility with early European modernism. Her works draw subjects from the traditional Asian culture, rendered in a western modernistic manner. Inspired by Cezanne, Gauguin, and Van Gogh at first, she became fascinated with Matisse and Picasso after moving to Paris to study and work. In Paris, she joined a circle of Chinese artists with whom she collaborated on different occasions. She becomes friends with painter MA Desheng, based in Paris; artist AI Wei Wei congratulates her on several occasions. Her work was exhibited across Europe, in the USA and China. She lives and works in Paris and travels regularly to Nanjing. 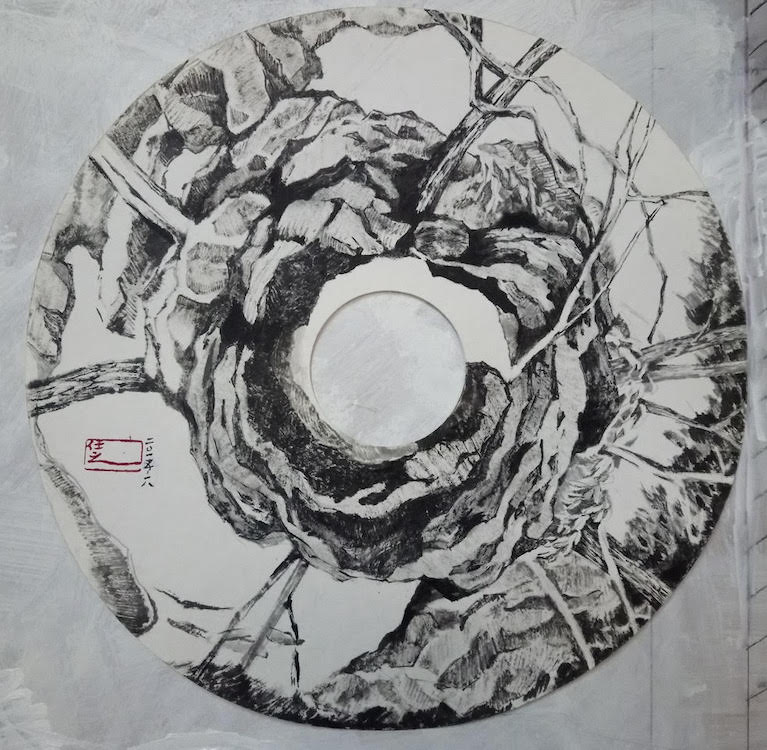 Born in Taipei, YU Jen-chih is a Franco-Taiwanese artist whose works reflect the Asian fascination with nature while playing with both the traditional landscape and abstraction. While his subjects and neutral palette carry the emotional weight of his works, the materials support it, carefully selected and symbolic, just like the paper of his Tondos Chagall used to work on. He researches different printing and painting techniques in his practice, from engraving and woodcut to oil on canvas, and even photography.
YU Jen-chih studied art in Taipei and film history and cinema sociology in Paris and he still lives and works between Taiwan and Paris. He is also an active film critic and opera aficionado. 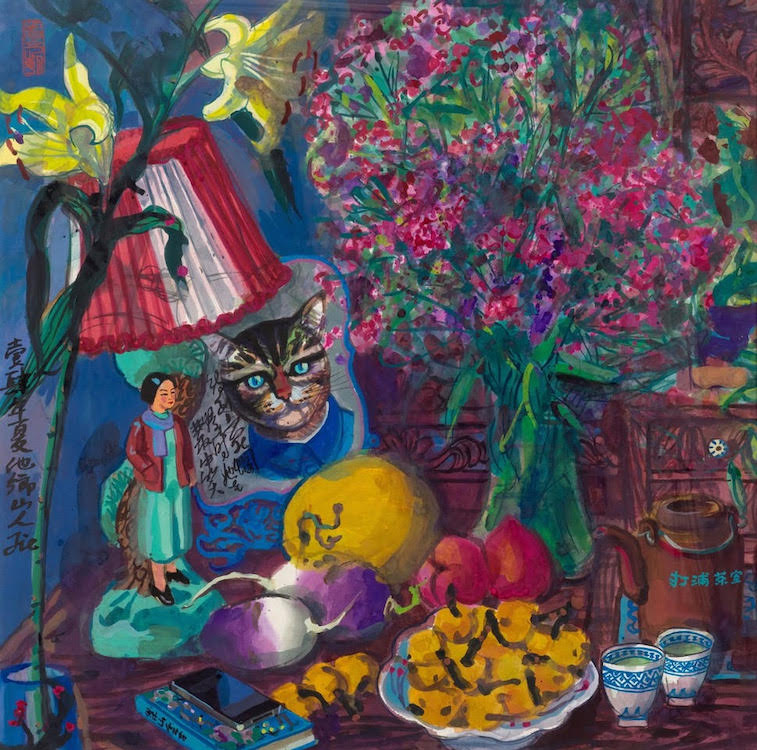 With a background in art and design, QIU Jie developed a highly recognizable eclectic style founded in Chinese Socialist Realism and expanded by European modernist and contemporary influences. His artistic work began while copying Chinese propaganda images during the revolution. It continued to evolve, especially after he moved to Switzerland around the age of 30. Today, he is celebrated for his large-scale, elaborate Dazibao drawings – intricate pieces that blend a wide range of visual and conceptual influences into highly-detailed, meditative scenes. Each one of them tells a different story of the East and the West, referencing details from the Chinese Cultural Revolution, the Western lifestyle and the artist’s path. Engaging the observer on several levels, it’s not surprising they take a long time to complete. QIU Jie lives and works between Geneva and Shanghai. 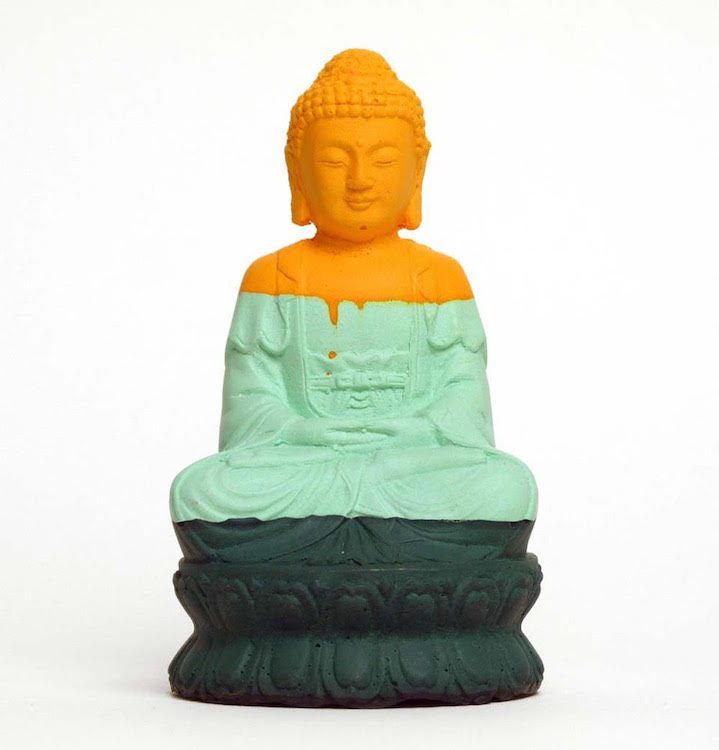 The practice of Parisian visual artist Olivier MOREL is inspired by a range of contemporary subjects such as globalization, terrorism or global warming. Olivier MOREL travels a lot in Japan and Asia. Painting takes the central place in his body of work, but he expresses himself through photography, video, and installations as well. While his works inspired by the current state of the world are observant and ironic, Olivier MOREL also creates meditative paintings inspired by Eastern philosophies. His engraving piece “Maze 2K2” was recently acquired by the French “Mobilier National” (National Furniture Department) to fabricate a carpet for the renowned Manufacture des Gobelins.
In the work of Olivier Morel, as in a Japanese Sazaedo “maze temple”, one enters through the door facing the mountain, only to exit on the opposite side, through the door facing lakes and forests, in an aesthetic and spiritual harmony.
His work was exhibited internationally and he lives and works in Paris. 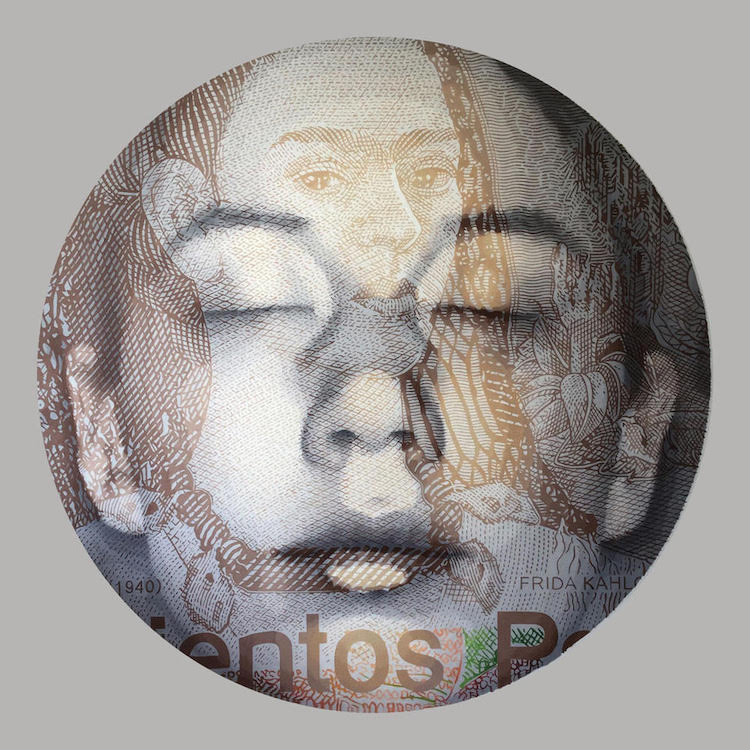 Leaning on the ancient Chinese philosophy, YE Hongxing incorporates her self-portraits as a symbol of Yin into round paintings symbolic of the sky and vividly rendered with porcelain or banknote patterns – all representations of the materialistic Yang. Her deliberate references to traditional Chinese art are thus juxtaposed to crude contemporary values, where she becomes the voice of a generation losing itself within thriving consumerism. Named “Illusions”, these works stand as an eclectic reminder that traditional values and spirituality will outlast the current trends, although their rendering is completely contemporary.
After her studies in Guilin and Beijing, YE Hongxing exhibited nationally and internationally. Her works are executed in different mediums representing various ideas and themes. She lives and works in Beijing and signs her works as Red Xing, meaning “Red Star”.

Art lovers and collectors eager to experience a particularly eclectic, immersive and unique exhibition ought to come to RED ZONE ARTS Gallery booth G28 of the upcoming Discovery Art Fair in Frankfurt, between November 1 and 3, 2019. 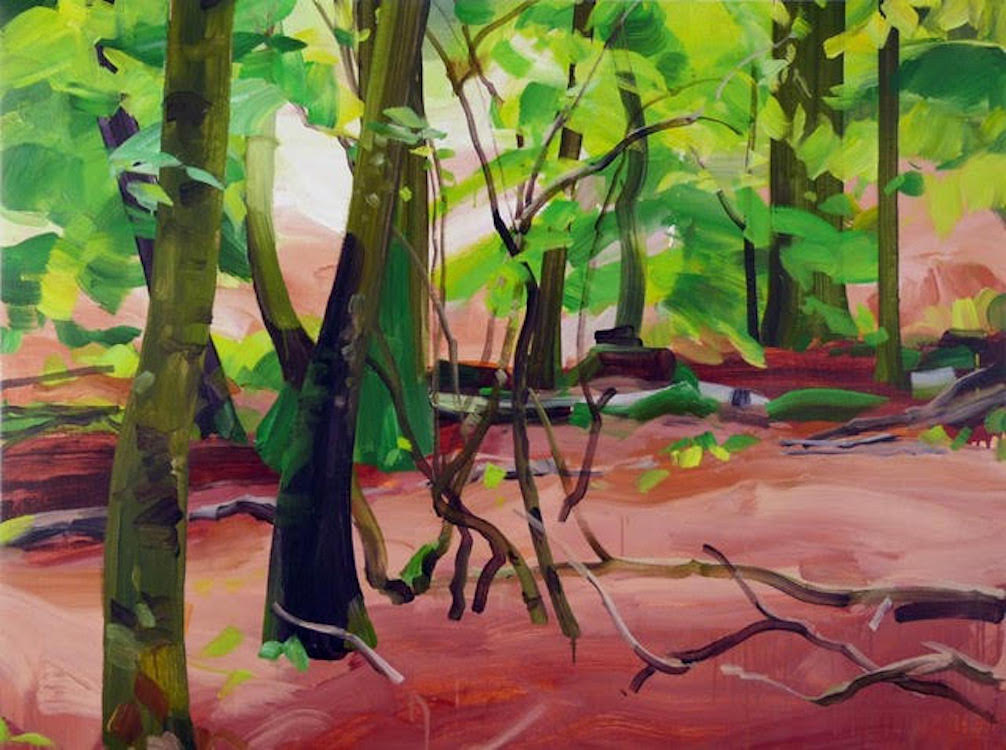 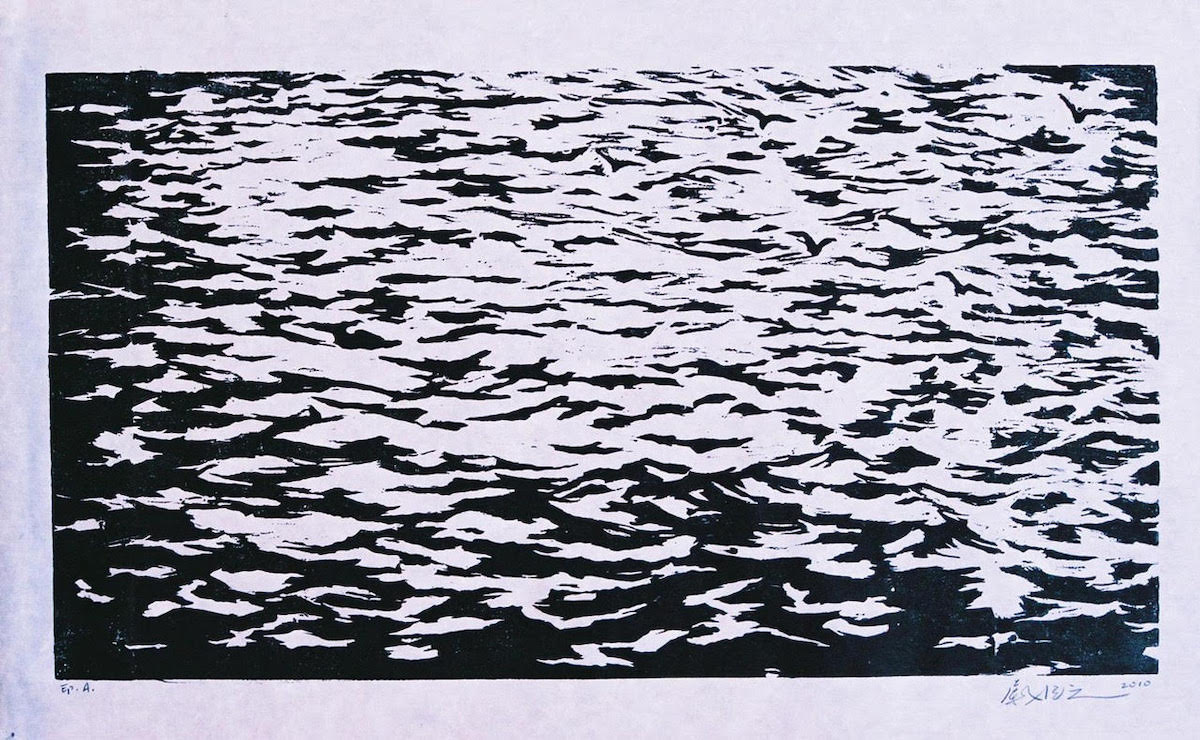