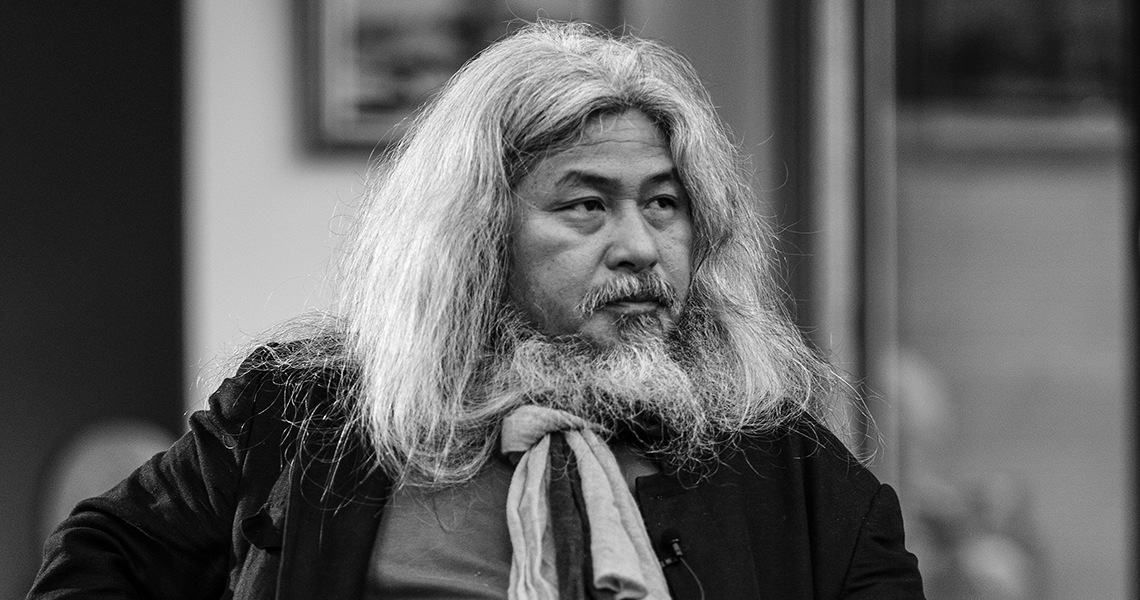 Kang Mu-Xiang, a notably insightful and innovative sculptor from Taiwan, will participate in 2016 Berliner Liste with his enticing contemporary sculptures made from steel cable. The materials he skillfully chooses and transforms are normally utilized in high-rise buildings, such as the famous Taipei 101 from the artist’s home country. Kang implements in his work the concepts of oriental philosophy, such as rebirth and cycle of life. These concepts enable him to inhale new life into useless steel cable or driftwood. His processes include three major steps: the power of tradition, transformation, and innovation. When combined, these powerful three steps demonstrate the endlessness of life. Kang Mu-Xiang hopes his sculptures will spread and find their new homes at public places across the world, regardless of cultural and religious differences. His exhibition tour started in Taiwan, then transferred to Europe, and after the Berliner Liste it will continue its journey to other continents.

Transcending the Craft of Woodcarving

Kang Mu-Xiang was born in 1961, in an aristocratic family of the third-generation of woodcarvers, in Miaoli County in Taiwan. The artist, often referred to as the primitive man of modern Taiwan, is one of the rare Taiwanese woodcarvers who have achieved international recognition. He was introduced to traditional woodcarving when he was just 13 years old and over the past 30 years he has been continuously evolving. Originally, he was a craftsman, then he turned artisan and finally he became an artist who enjoys challenging established concepts and transcending his own limitations. Even though his artworks are made with traditional skills and extensive experience, they also incorporate refreshing elements of contemporary art. During his career that spans over three decades, Kang has traveled widely, to Fiji, Indonesia, Singapore, Hong Kong, Costa Rica, Panama, Cuba, Japan, Beijing, and Shanghai, always giving his best to bring together most versatile cultures and philosophies. He participated in Beijing Central TV and Shanghai Art Channel’s interviews and his works are admired and owned by Vatican Pope John Paul II, National Museum of Costa Rica, and Shanghai City Hall. In a nutshell, the artist has an unstoppable passion for woodcarving and he uses a chisel and natural wood to celebrate life across the world. In 2002, Kang has received a tempting invitation to move to the uninhabited Turtle Island close to Taiwan and start using local driftwood for his sculptural and experimental projects. Living on this quiet island for about a year gave him a changed perspective on life and human condition and he has created a splendid series of work entitled Life. 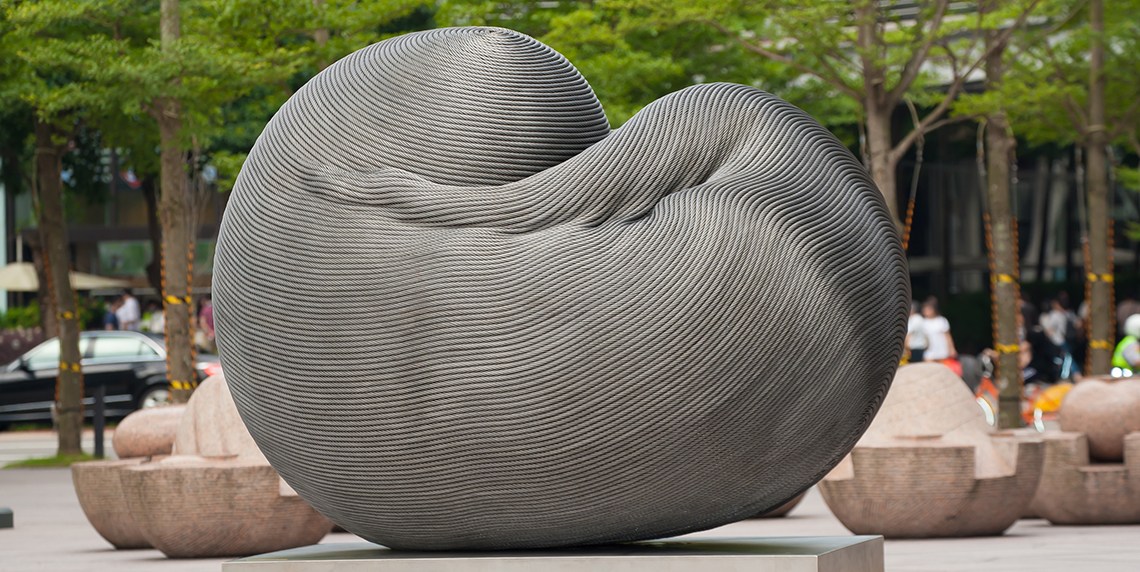 Talking about Kang’s newest pieces, in 2013 he was asked to use recycled steel cables in order to create an environmentally friendly art. These cables come from all over the world – not only from Taiwan, but also from Japan, Mainland China, and even Brazil. Since the idea of recycling is somewhat similar to the eastern concept of rebirth, Kang started working on his new series of marvelous sculptures which resemble various stages of fetal development, such as a small embryo and its bean-like shape . Kang mixes culture, art, creativity and eco-friendly recycling concepts to transform the industrial leftovers into universally beautiful symbols of life, rebirth, and growth. Because of this, his projects are never abstract or unclear – on the contrary, they intend to acknowledge life through its shape, which is the shape of growing embryo of human beings. His piece entitled Unlimited Life was presented at the plaza of the Taipei 101, where it received a considerable public appreciation. In the same vein, the artist has created another recycled steel cable piece called Taiwan Ruyi, which was given as a gift to Karlsruhe, Germany, to celebrate the 300th anniversary of the city’s establishment. This artwork will be on permanent display in order to mark and celebrate the friendship between Taiwan and Germany. Because of his great experiences in Karlsruhe, Kang Mu-Xiang is excited to visit the city of Berlin in September 2016, as an important participant at our Berliner Liste art fair.