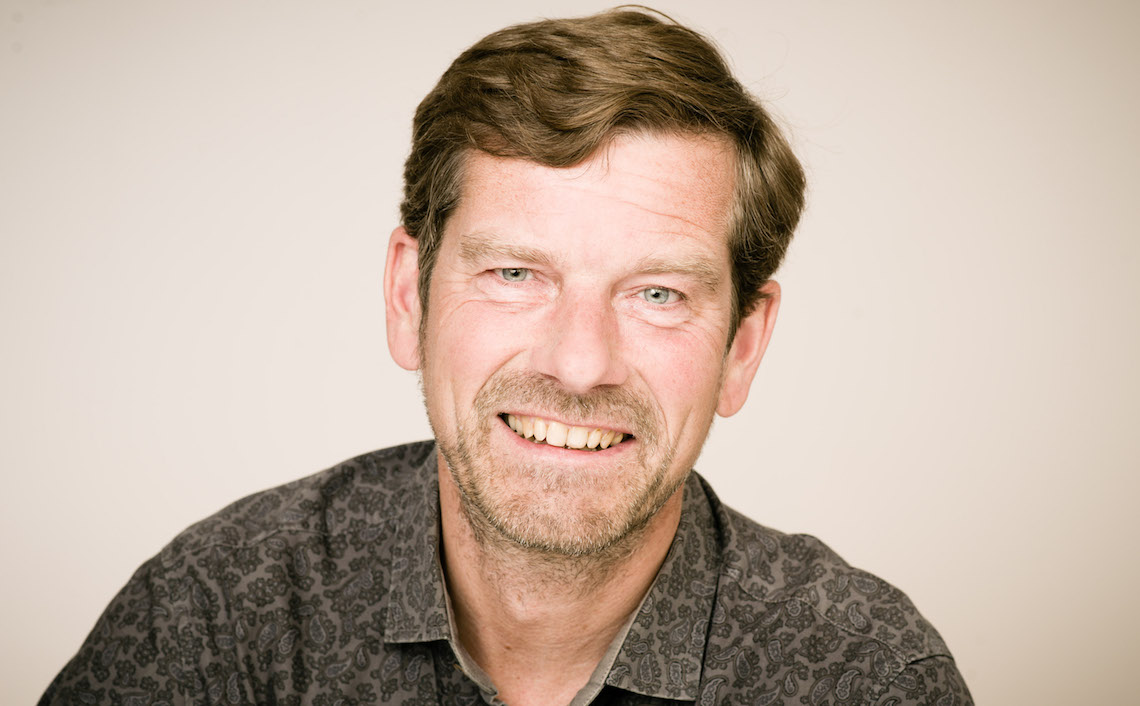 Fair director Jörgen Golz in an interview about his motivation, the concept of the fair, the Berlin location, and, of course, on the upcoming BERLINER LISTE (September 15th-17th).

You got back only a few weeks ago from a very successful KÖLNER LISTE and are already fully engaged in preparations for the next BERLINER LISTE in September.
What motivates you and your team to invest so much blood, sweat, and tears in the organization of your art fairs?
If you want to survive the madness of the fair, there is only one medicine that helps: Love what you do! And that’s what we do. We look forward each time to new faces and old friends, as well as the new pieces that we’re often the first ones to see. It motivates us that we can offer young artists, galleries, and project spaces a successful sales and networking platform.

Since it was founded 14 years ago, the BERLINER LISTE has become one of the most important art market events in the German capital. What does the art fair base its success on?
Yes, not only is the BERLINER LISTE the oldest art fair in the capital, it is also the freshest, most diverse, and most vibrant. We are a discovery fair, focusing on young art in a reasonable price segment. A significant portion of the fair’s success has to do with the fact that we present artists, galleries, and project spaces alongside each other as equals.

Gallerists and curators discover new talent and come up with future exhibition projects. Everyone especially enjoys the laid-back, open, and communicative atmosphere that makes our fairs so special.
For many talented artists and emerging gallery owners, the BERLINER LISTE proves to be a springboard for success. At the same time, we offer our visitors an exciting fair experience and, if nothing else, the chance to discover many new and (still) affordable pieces.

Let me explain with some concrete examples from last year:

The Sandvoort Gallery from Rotterdam is now representing the upcoming English art photographer Adam Goodison. They were both exhibitors in our Photography Section last year.

Last year both the Gallery Casa Cuadrada from the Colombian capital Bogotá and the Czech Dub Gallery presented sculptures by the Lithuanian wood sculptor Edvardas Racevičius. This was the result of contacts made between exhibitors at the BERLINER LISTE.

After Australian artist Martin George learned about the BERLINER LISTE from an art dealer in Melbourne, he decided to show his oversized metal and stone sculptures for the first time at a fair in Europe last year. His goal: to find a gallery owner and a connection to the Berlin art scene. In January, THE ART SCOUTS GALLERY in Berlin opened the first exhibition of his work.

The Dutch artist Anook Cléonne exhibited at the KÖLNER LISTE in 2016. There she got in contact with the gallery Pine Wood Fine Art in Werder Germany, also at the fair. At the BERLINER LISTE that followed, the gallery presented a solo-show of the artist. In April, Anook returned to Berlin to host an evening at the home of our curator, the photographer and art collector Stefan Maria Rother, with invited guests as part of the Art Salon Tour.

Or the story of the Czech artist, Marek Slavik, who, at last year’s fair, was awarded the Japan Prize as part of the special exhibition “Japanese Young Artist Group” and was invited to Japan for a solo exhibition of his work.

Yes, you can probably describe the BERLINER LISTE as international – fitting to the city that lends the fair its name.

How relevant is the art market location of Berlin? Where do its strengths and weaknesses lie?
Berlin is leading world-wide as a production site of contemporary art. For 14 years now we have been doing what we can to see that Berlin, as a commercial center for art, can live up to its role as an international art center.

We have been seeing a positive development. We can confirm that buying behavior is getting better. There is more being bought at the BERLINER LISTE year to year. That is also the result of the very detailed work of matching the relevant segment of buyers with the right offers.

Of course, we are also eager to see what kinds of national and international impulses will be released with Art Cologne entering the Berlin art market. We look forward to this new input during Berlin Art Week.

After two years in the Kraftwerk, this year you will be returning with the fair to the newly renovated Postbahnhof at Ostbahnhof station. What prompted the location change?
After several years in the Kraftwerk, we were planning a realignment of the fair. The move to the smaller and architecturally more modest Postbahnhof means going into a space that gives precedence to the artwork. We find there a special situation very similar to the rooms of galleries and museums. By downsizing the fair, we have the chance to curate more sensitively and to meet the rising quality expectations of the Berlin audience.

The perfect connection to public transportation and long-distance train service, as well as its central, historically-charged position directly across from the East Side Gallery – the longest still-intact section of the Berlin Wall and city tourist magnet – speaks for this event location.

And it is also very exciting to be one of the first to be able to present to a wide audience in the newly renovated Postbahnhof.

Last year around 10,000 people visited the BERLINER LISTE. What is the fair’s audience like?
It is just as diverse and international as the exhibitors at the LISTE. There is a broad age range. Among the fair’s visitors you will find the young hipster as well as the retired teacher. Next to the art scouts from the big collectors, there are also curators, many gallerists on the lookout for talent, as well as many representatives from institutional collections among the guests.

We specifically invite other professional groups to the LISTE: doctors, freelancers, civil servants, lawyers, architects, or engineers in possession of disposable income and who fit our price segment.
In Berlin we have also been observing the development of a young class of people, eager to buy, who don’t want to follow the mainstream, and so appreciate unusual and provocative work. They are less interested in ventures when buying art, but rather the relevance of the work of art in their living environment. The members of this class are often members of the start-up milieu who are used to making their own judgements and recognizing opportunities. For this group, among others, we curate a LISTE that has, next to marketable goods, also something special and surprising.

But all our visitors have one thing in common: Love for contemporary art.

Which other target groups to you address directly?
Generally, we try to reach all those interested in art. But we pay special attention to the development of new groups of buyers for contemporary art. We are noticing the development of young collectors is being wantonly neglected. When the old guard of classic collectors gradually takes their leave, then it will be high time to build up a new circle of customers.

These development measures are very diverse: free entrance for pupils and students, cooperation with schools and universities, seminars on building a collection even without a large budget, special tours – these are just some examples of our activities in this field.

Like at the KÖLNER LISTE, the BERLINER LISTE Edition will also be introduced as an innovation for the first time this year. What are the ideas behind it?
As mentioned already, the LISTE is developing new target groups for the sale of contemporary art. The BERLINER LISTE Edition fits perfectly into this concept. We are having ten Editions with a run of ten pieces produced by our cooperation partner, the art publisher Posterlounge. The LISTE curatorial team chooses the pieces, the price is prefixed at 100 euros, and the exhibitor gets to keep the proceeds from the sales. With these low entry-level prices for selected, exciting pieces, we want to maintain as low a threshold as possible for getting a collection started, and to show that you can build a great collection even with a small budget.

Finally, what are you looking forward to most when the doors of the BERLINE LISTE open on September 14th?
I am looking forward to seeing the many nice and familiar faces from all over the world again, and meeting new people. And to a very special moment: After the official opening has ended and before the security guards turn off the light, I take a half hour to stroll through the exhibition completely on my own. That is my private moment with the pieces; usually dog-tired but happy.