Nowadays, every major city is saturated with various outdoors advertisements, which over time have become an indisputable part of our shared public psyche. It is impossible to avoid them, as they can be found around any corner, many of them occupying large-scale billboards. As a response to this growing trend of outdoors advertising, a movement of artists and activists has emerged that aims at to regaining control over the visual environment. One of these politically motivated artists is Jordan Seiler, the founder of PublicAdCampaign. This New York-based artist started transforming public ads back in the late 2000s, when he came up with the idea to use basic patterns or soothing images to hide aggressive and omnipresent ads. Even though his work was initially a street art project, over time it turned into a powerful critique of invasive advertising strategies. Seiler has also become a regular exhibitor and in July 2015 participated in an important duo show with fellow artist Vermibus, that brought together these leading talents in the ad-takeover public art sub-genre. Most recently, in 2016, Jordan Seiler has been working on a new series called Collisions, which is a part of the artist’s ongoing interest in activating outdoor advertising space. This series features simple abstractions that stand out amongst a sea of visual stimuli found in busy urban areas. Seiler’s newest work will be featured at the Urban Art Section of our 2016 Berliner Liste and before the show opening, we decided to talk with Jordan about his artistic journey as well as about his future plans and expectations when it comes to the Berliner Liste art fair.

Jordan, you became interested in the activation of outdoor advertising spaces back in the early 2000s, while you were still a photography student at the Rhode Island School of Design. Who was your main influence at the time when it comes to art?

Jordan Seiler: As a photography student I was strongly influenced by the graphic images of Ralph Gibson. There were others but he stands out as the years pass on. It wasn’t until I began working in public myself that I became interested in public artists like Krzysztof Wodiczko, and John Ahearn to whom I still look for inspiration.

It takes a lot of courage to hijack billboards and similar public ads to transform them into meaningful artworks. At the time you were about to start your projects, were you all alone or you had a group of like-minded supporters?

JS: I was alone and knew very little about illegal “street” art until my last year at school. In the beginning, when I wanted to see one of my pictures over a subway advertisement, I asked anyone to help me including my best friends and even my father.

Have you ever been caught by police while working on billboards and if so how did you deal with the consequences?

JS: I have been caught several times and have dealt with it differently each time. In the beginning I would apologize to the police and explain why I was illegally removing advertisements. Most of the time they would send me to jail. These days, I lie by dressing up as a company worker and I almost never get stopped. More importantly though, I use my full name and real identity on and offline to claim ownership of my work. I think this an important part of my process because I want to stand behind my conviction that public space shouldn’t be used to reproduce consumerist behavior. This provides the opportunity for me to be caught even when I am not in the act of doing an installation and I think that gives my demands more weight. 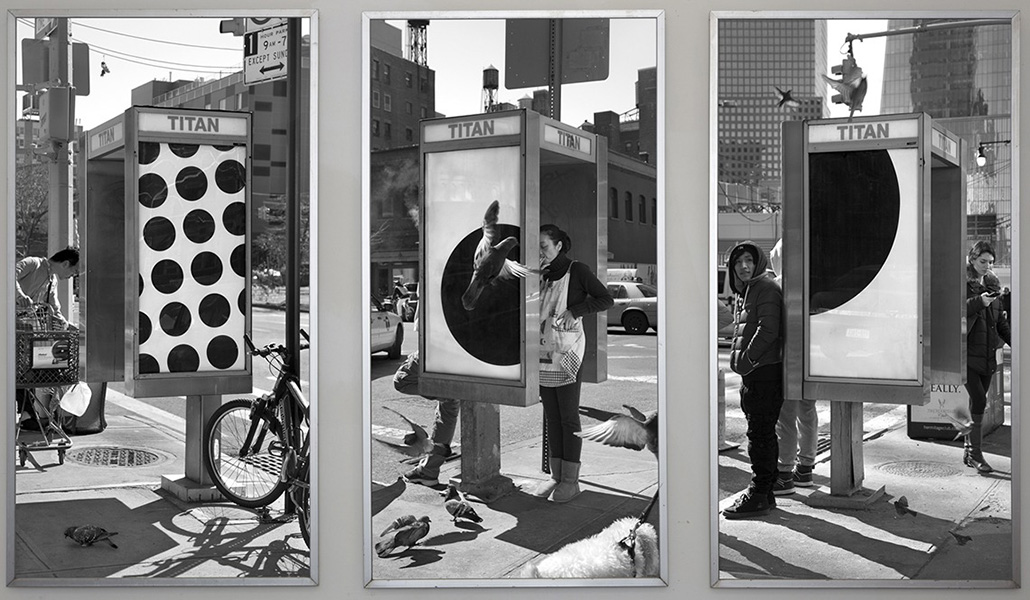 In 2015, you had a duo show with Vermibus, another famous urban artist and activist. Have you guys met and talked before the actual show? Do you have any ideas in common when it comes to art or the critique of advertising strategies?

JS: Vermibus and I knew about each other’s work, had spoken over email, and shared many similar critiques of outdoor advertising and its influence on our society before we showed together in 2015. I believe it is safe to say that we both hope to change how outdoor advertising influences us in public space because we think that it negatively affects our behavior towards others and ourselves.

You are originally from New York, but you have been traveling a lot and working in various cities in the United States and Europe. According to your multiple experiences so far, is there any major difference between public ads and the way they are displayed in Europe and in the US?

JS: I think the scariest thing about traveling is that you start to see how similar advertising infrastructure is in most European and American cities. Every city has bus shelters, billboards, and subway advertising that are operated by a handful of multinational corporations, owned by even larger media conglomerates, advertising the exact same shit. Even cities where I don’t speak the language and have never visited seem familiar due to the ubiquity of outdoor advertising.

The black and white photographs of your public interventions are truly outstanding. Do you photograph your works by yourself or collaborate with various photographers?

JS: I was trained as a photographer and have always documented my own installations because it was naturally easier that way. The most recent Collisions series is taken one step further and I have turned the documentation itself into an artwork by choosing my installation locations very carefully and spending large amounts of time photographing the scene continuously. 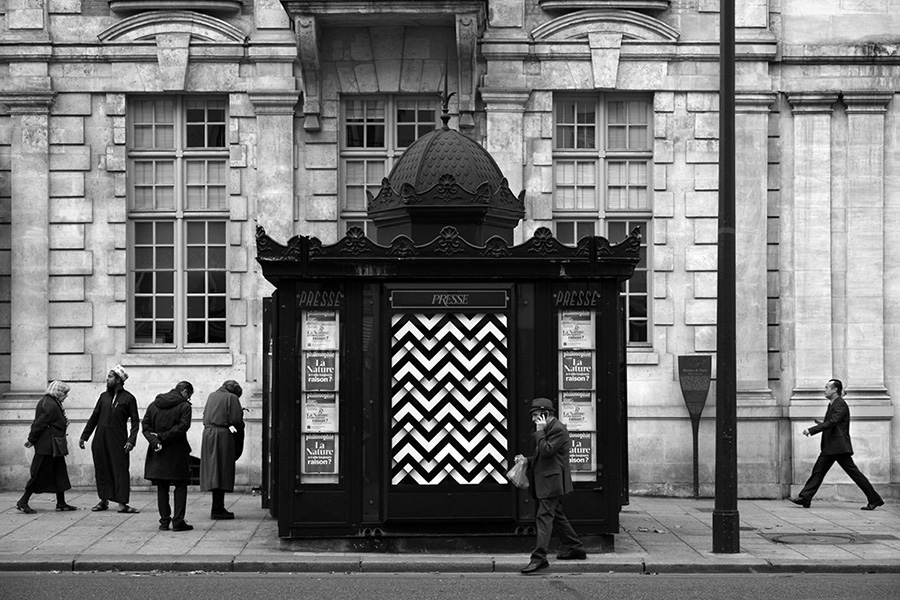 It must be exciting to watch the faces of passers-by when they first notice that public ads have been replaced by your simple, yet universally pleasing artworks. Can you describe to us the mix of the emotions you usually spot of their faces?

JS: Actually it is very hard to get people to notice an advertising replacement because people naturally try to avoid looking at, and understanding, the meaning of advertisements. This is because people know they will be distracted and manipulated for commercial purposes, which is at best annoying, and worst an act of violence. The super graphic black and white images of the Collisions series are an attempt to grab people’s attention and then ask nothing of them, which I think is novel enough to make them see there has been a disruption. When that happens, most people smile.

For the occasion of our 2016 Berliner Liste art fair, your will present your newest series called Collisions. Can you tell us a bit more about this series in particular? Is it an extension of your previous work?

JS: I consider all of my projects to be part of an ongoing investigation into how advertising uses and alters public space, that started in late 2000. Collisions are part of what I consider to be my personal public works in which I go out onto the street and replace outdoor advertising with my own imagery. I also organize much larger civil disobedience projects that involve collaboration with hundreds of other people. My personal public work has always been about getting people to notice an intervention and then thinking about why that intervention was done. I am trying to change how people perceive outdoor advertising in the hopes that they will decide for themselves that it is an aggressive force that deserves to be removed. The Collisions series is one of my most effective attempts at achieving this, but also takes advantage of my many years of experience on the street. The documentation of my performance, the choosing of locations, the augmented reality component, and the inclusion of the public in the final photographs is the result of many years of work honing my skills and interests.

Will this be your first time to participate at the Berliner Liste? What are your plans and expectations regarding our art fair?

JS: I don’t have a lot of plans or expectations for Liste, but I do have many more ideas waiting to be executed. I hope the work is well received so that I will have the opportunity to show at Liste again because the next project I have in mind involves bringing the streets of New York City into the fair and I think people will love it.

You must be a sort of hero for many young artists who want to make a change in a society that is heavily driven by corporate giants. Any important piece of advice for such aspiring artists?

JS: Sometimes it can feel overwhelming when you want to alter “the system” and this can make it hard to go ahead with your plans. It is important to remember that simple acts can go a long way and being the change you want to see is an important first step in challenging others to do the same. When you feel overwhelmed remind yourself that, “Resistance is futile, except when it isn’t.”