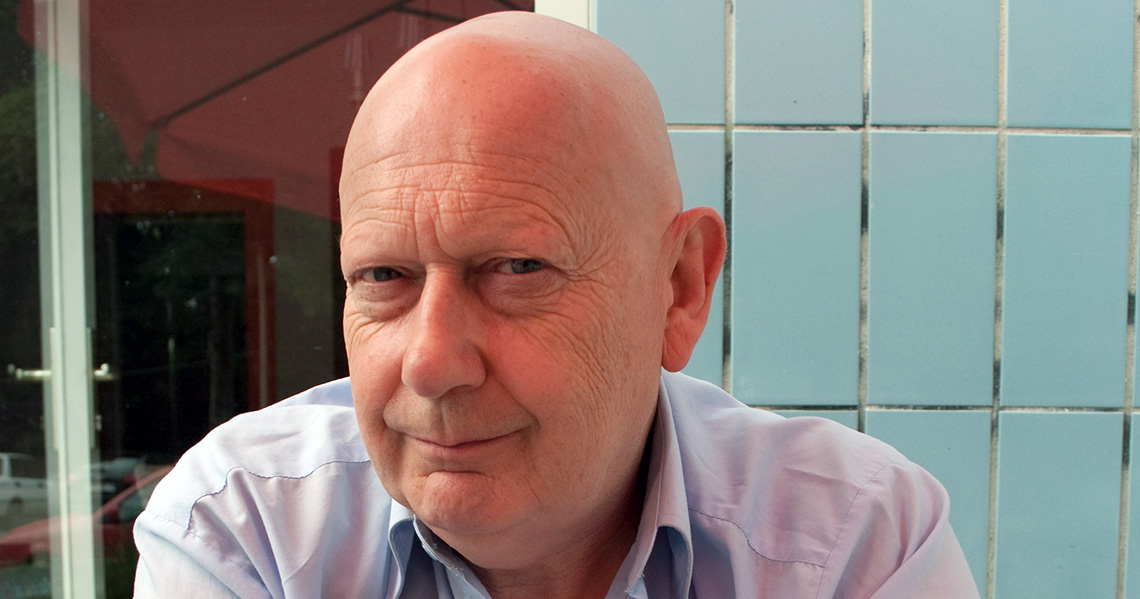 Dr. Peter Funken, the curator of the Berliner Liste 2016, is a renowned art journalist, author and coach. He studied art and building history as well as German philology at the University of Art in Braunschweig and at the RWTH Aachen. His doctoral thesis deals with the depiction of technical and mechanical principles in fine art of the 19th and 20th century. Since 1984 he lives in Berlin und curated a wide selection of exhibitions such as MaschinenMenschen (MachinePeople), Flecken in Geschichte und Gegenwart (The stain in past and present), Jetzt lächeln (Smile now!), Wunderkammer and Hannah Arendt Denkraum (Hannah Arendt room for thought), just to name a few. He is currently curating the 2nd MKH Biennale at Halberstadt. Furthermore he works as coach and offers his services to artists in regard to their applications or other texts. In Berlin he is additionally juror for architectural art and artistic scholarships. He publishes since many years frequently articles in international magazines such as Kunstforum international, Stadt und Grüne, L’Image, Artefaktum und Artforum New York. Since 2013 he works consistently with the Berliner Liste and Kölner Liste. In the following interview Dr. Funken talks about his perception and evaluation of today’s art scene, the art market and the special capabilities of the Berliner Liste.

What is the idea behind defining Berliner Liste as a place of exploration and initiatives, and not just a contemporary art fair?

Peter Funken: This fair has in some ways an outsider status, therefore, in relation to other fairs, there is always the possibility to discover people and things which no longer take place in the almost overregulated art scene. The Berliner Liste offers room for trials and for extraordinary experiments… they might go wrong sometimes, but in the fair it encourages in general positions, sometimes also wondrous ones, that do not have a voice elsewhere.

You organize a workshop called Marketing for Artists founded under the belief that an artist, besides creativity, needs a good business method in order to succeed. You are the curator of the Artist Section, where individual beginners or experts can apply and exhibit their artwork. How can they use the benefits of being part of the Fair in self-promotion and marketing?

PF: The fair offers the artists a great opportunity to become visible – thus enhance one`s profile at an interested audience, that should be the first step. Then, of course, to get contacts, to start developing a network and to communicate about their own art. Young artists should know and control consciously what they tell about their art and how they talk about themselves and their work.

Berliner Liste is also a place for buying affordable art, suitable to economic changes in the region and Europe in the last decade. How did the art scene change during the time of recession and how would you describe it today?

PF: It is hardly possible to answer this question briefly. It is striking that art and artists – as well as almost all sectors of society – are under significant pressure to be economically successful in the times of neo-liberalism. Which doesn’t benefit art at all! Just read these books on this subject: Geld frisst Kunst – Kunst frisst Geld by Markus Metz and Georg Seeßlen and Siegerkunst – Neuer Adel, teure Lust by Wolfgang Ullrich.

Your Ph.D. thesis was written on the subject – The representation of technical and mechanical principles of 19th and 20th-century in fine art, an interesting subject. How would you say the contemporary art scene changed with all the technological advancements, and the technological revolution?

PF: Technical revolution is not necessarily a new phenomenon, but with the development of electronic media, computers and digital communication new forms of expression in art emerged, which also affect all other areas of art, such as for example painting, because they will apply to the terms of the recently formed visual media. Herein lies the real significance of this development. The infinite memory of the computer dominates all the other old storage and will ultimately replace them.

How does the art change the core methods of reasoning, in your opinion?

What would you say are the benefits of diversity and presence of so many international exhibitors at the fair?

PF: The diversity expresses the possibility to get in touch with oneself in a very individual and personal way and to express yourself to a wider public…

Berliner Liste displays artwork at affordable price. Who are the prospect buyers, to whom does the fair speak the loudest?

PF: To all those who want to own art, but who not necessarily want or can respond to the fascination of large, already implemented names. A fair like the Berliner Liste allows to discover art, which will take place in the price range up to 10.000 Euros.

Can you tell us something about the selection process for the Artist section? What curatorial path did you follow?

PF: Ultimately, it all comes down to exhibit art with a high standard.