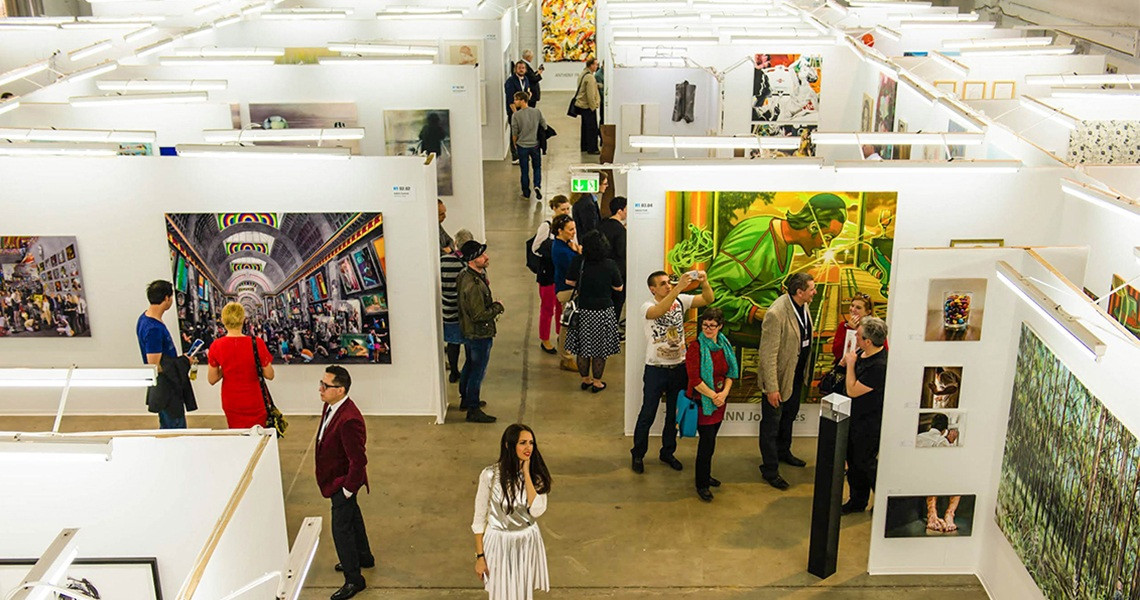 Cologne, along with Berlin, is one of German cities with the most dynamic history when it comes to visual arts. Back in the late sixties, Kunstmarkt Köln was organized in a historical Cologne building called the Gürzenich. This venue was originally an arena for banquets and dances, but it was eventually transformed into a large merchants’ hall. The development of Kunstmarkt Köln had a strong effect on the international art market since it managed to revive the previously barely active art market in West Germany. It is good to know the historical background in order to cherish even more the role of Cologne in Germany’s art scene. In the late 50, Paris was already losing its reputation as the capital of European art thanks to famous Documenta exhibits in Kassel, Germany. Later on, after the arrival of the modern American art, New York became the powerful new capital of art and it is still the very center of the world’s most prominent artistic projects. However, back in Europe, the role of Rhineland and Cologne in particular was growing tremendously important. Cologne has been considered an industrial powerhouse as well as the center of the West German art world for many decades.

Already in the 1980s and early ’90s, the German city of Cologne was one of the most prominent contemporary art centers in Europe, if not the world. Because of its numerous galleries and artist run-spaces, the city gained an outstanding reputation. It became a place where local and international artists came to show and sell their works and socialize with fellow creators. These vibrant artist communities, positive social attitudes and great market conditions are still at the very core of Cologne art scene. Thanks to Cologne artists and their continuous efforts to organize various art fairs, exhibitions and creative gatherings, the city of Cologne is still considered a place of extreme self-consciousness and audacity. DISCOVERY ART FAIR is rooted in this great artistic tradition and it seeks to gather not only aspiring Cologne artists, but also art enthusiasts from all over the world who are looking forward to enjoying rare gems of contemporary art, still unknown to commercial galleries and museums.

Long before the establishment of modern art fairs in Germany, Cologne was already popular among local artists. In the later middle ages, Cologne was an elegant and wealthy mercantile city favored by both popes and emperors. This is not surprising at all, because it was the largest German city at the time and an important university center. It also had a cosmopolitan population of painters, sculptors, goldsmiths, and knowledgeable art collectors. When it comes to Cologne painters, they were active prevalently in the area of Old Cologne, called the Schildergasse. This geographically important area was the home of famous Cologne School of Painting. The painters belonging to this movement had their workshops in the lower-Rhine region, approximately from 1300 to 1550. Their works were influenced by old French artistic ideals and Eyckian proportions of elongated figures, graceful gestures and sophisticated iconography. The development of the Cologne School of Painting that lasted over two centuries is one of the most important milestones in the history of Lower-Rhine art and it set the grounds for many upcoming artistic endeavors in the city of Cologne and its neighborhood.

In 1967, Cologne artists Hein Stünke and Rudolf Zwirner established the Kölner Kunstmarkt as an artspace for breathing new life into the West German art market

Another important event in the history of Cologne art scene happened in 1967, when Cologne artists Hein Stünke and Rudolf Zwirner established the Kölner Kunstmarkt as a means of breathing new life into the already active West German art market of the late 60s. The Kölner Kunstmarkt, today also known as Art Cologne is the world’s oldest art fair for contemporary art of the 20th and 21st century and thanks to this eminent event the number of artists visiting Cologne has been raising ever since the 70s. Nowadays, Cologne is Germany’s fourth largest city, but when it comes to artistic culture it is comparable to the best art capitals in the world, such as London, Paris and New York City. For art connoisseurs, this German city is at forefront of international art scene, because of its modern galleries and museums known to mix classical and non-traditional styles. In addition to typical galleries showcasing artworks in the realms of painting and photography, Cologne also has artspaces lead by young graphic artists and contemporary sculptors. For those looking for something other than the traditional museum experience, Cologne is certainly the right place to visit.

Cologne is one of those fantastic European cities where you can equally enjoy strolling down the streets and taking photos or visiting galleries and museums in order to immerse yourself into the world of photographic masterpieces. Street photography enthusiasts will find a lot of hidden gems in the city of Cologne. For instance, Hohe Strasse is one of the busiest and narrowest shopping streets in the entire Germany and it is more than perfect for those who love diving into the crowd with a compact camera. On the other hand, the Rheinauhafen with its crane houses is considered the most urban part of Cologne and it can surely please those who like to stay focused on modern architectural elements and minimalist, clean-cut forms. Finally, on the banks of the famous Rhine river lays the Deutz district, an ideal destination to enjoy a beautiful panorama over the old part of Cologne, including the historical cathedral and monumental bridges.

When it comes Cologne galleries and museums, visitors can rest assured they will find something that matches their interests and passions. Cologne has a very vital art scene and dozens of galleries and museums with the most versatile artworks, including modern-era digital photography. There is even a unique ongoing project for those interested in more traditional photography and it is called Daguerrobase. This is a nonprofit research project for museums and private collectors across Europe. They collaborate in order to create a large database of digital reproductions of more than 25,000 daguerrotype photographs. The city of Cologne participates in this unusual European project and it is a must-see for every photo connoisseur. To sum up, the photographers visiting the DISCOVERY ART FAIR will be surely impressed with all the options available at this eclectic city on the Rhine river.