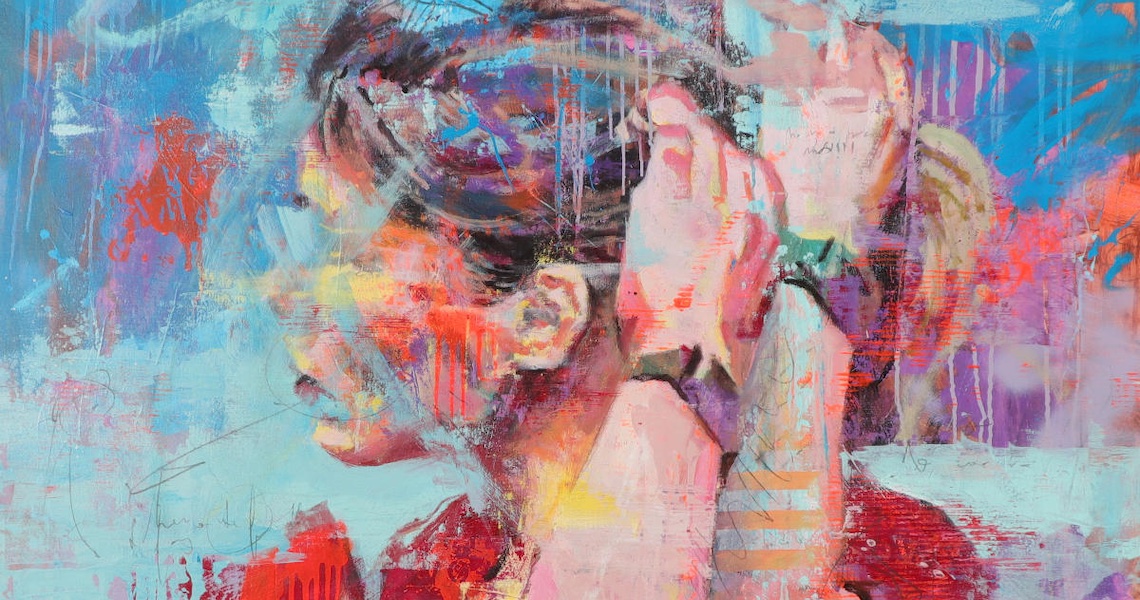 The Cologne based 30works Gallery focusses on young contemporary art ranging from neo-naturalism to hyper-realism to urban art. Not to forget the exclusive portfolio of surrealism represented by a young generation of artists whom they are proud to foster. At Discovery Art Fair Frankfurt 30works will make its’ debut by presenting selected art works from AVone, Salva Ginard, Jens Lorenzen, Anna Schellberg and Dirk Schmitt. All of them devoted themselves to representational painting yet being significant in their current genre. 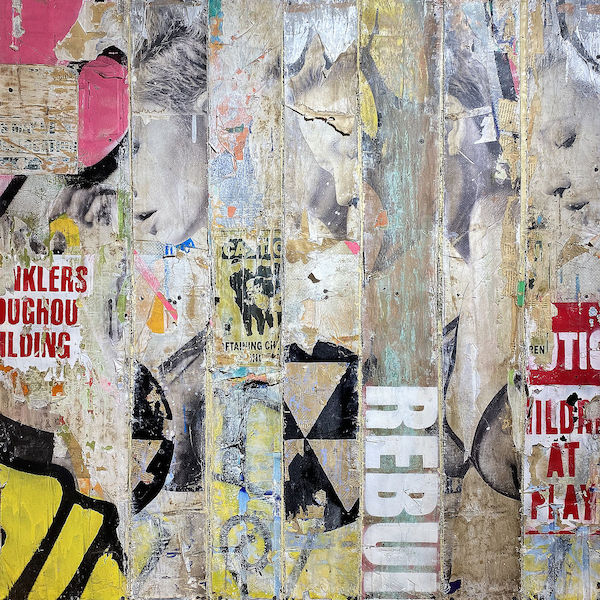 Cutting up the American Dream: The exceptional American artist AVone

In his multi-layer works AVone reveals himself as a chronist of his hometown New York City by seizing its’ state of mind. He embeds NY’s landmarks and icons in a multi-faceted yet poetic imagery using techniques like screen painting and stencil, classic painting and tape- art, enriched with elements from comic- and Hip Hop-culture. With this AVone creates a mood that looks into the complex vibes of the city and its’ inhabitants – and culminates in symphonic compositions. 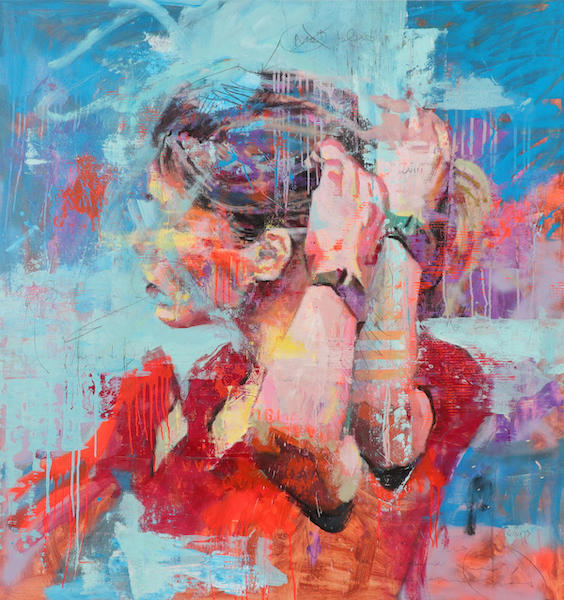 Salva Ginard impresses with unfamiliar portraits which irritate at first sight due to omissions,fragments and duplications. But at second glance they reveal an inner sight of beauty meaning that they can be regarded as painted state of minds where the inside breaks through, turns outside and manifests itself on the surface. Glowing colors which function as abstracts and which also mark a reference to his Mallorquian background break the self- reflective character of his figures leading them to real life. 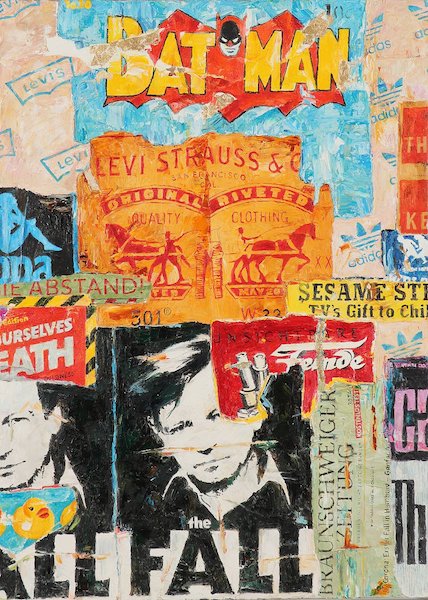 Inventor of the “semantism“: Jens Lorenzen

A play with words, their meanings, alienation and reversal: This is the main theme of Berlin based painter Jens Lorenzen. His “MAUER”-cycle is already a registered trademark and was expanded to conceptual art adding various digital co-projects. Citing real newspaper titles and headlines, iconic typographies and motives from pop-culture Jens Lorenzen analyses language, semantics and ways of speaking, yet spinning the plot from frame to frame. At first glance his works appear as collage or mixed media, actually they are based on classic oil paint. Using this classic technique the artist wants to paint against the flooding of images and the loss of their significance in digital times. 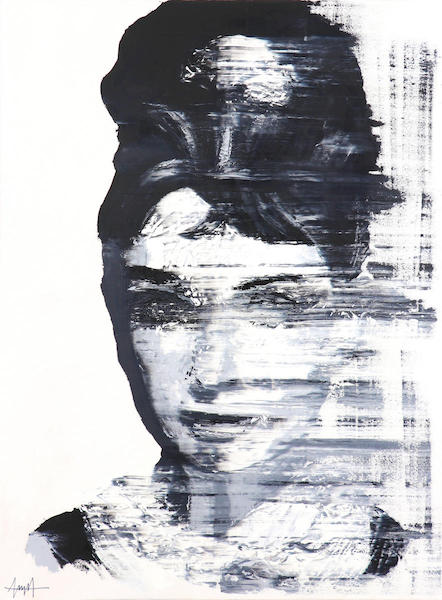 Anna Schellberg – Nothing is impossible

People with attitude, power and this special something: They are the true stars of Anna Schellberg’s tableaus. The Hamburg painter portraits icons like Frida Kahlo, Audrey Hepburn and Queen Elisabeth II, but also unknown people with aura, in her own style and by this she creates new stories about reception and truth. The furious play with ideas, materials and techniques culminates in ultra-rich content that makes her work unique and always recognizable. Her mix of collage and decollage, Graffiti, drippings and fragments breaks the superficial beauty, the familiar and the stereotyped, alienates it – and by this creates an alternative storytelling layer by layer. 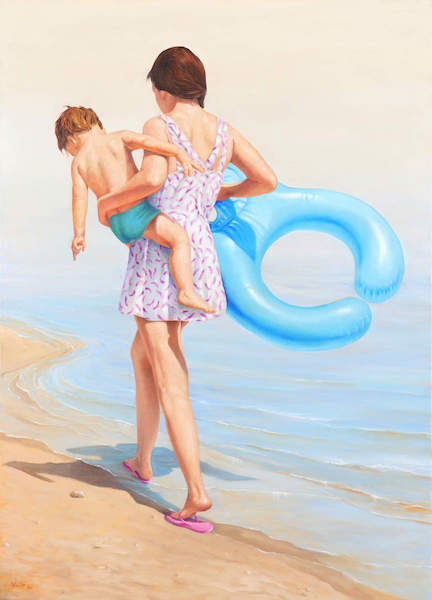 Cologne based painter Dirk Schmitt who focusses on traditional techniques and themes can truly be called a master of contemporary realism. Adding countenance and personality even to the most trivial things such as paper toys and rubber ducks he brings dead substance to life. His portraits of humans cite the romanticism of the late 18 th century yet appearing enigmatic and full of lure. With the background being undefined, sometimes wilfully unfinished, his figures get unlimited space and relevance. And in their reduction to themselves he manages to turn them into a complete reflection. 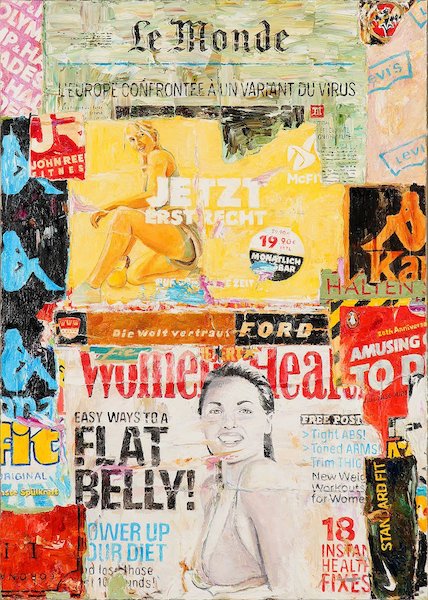 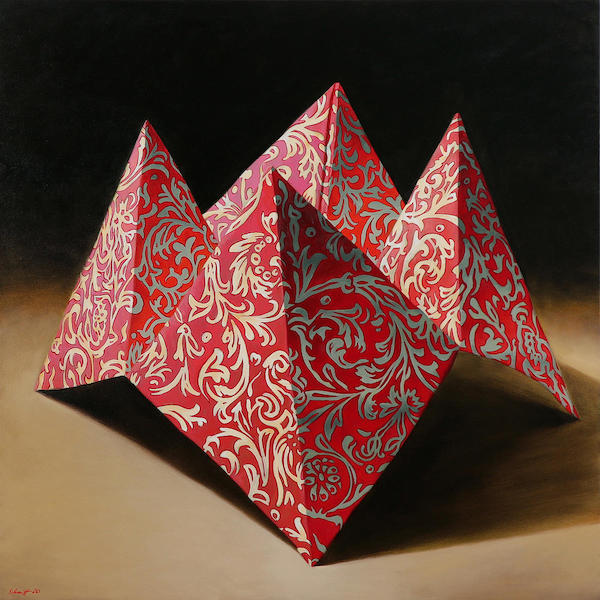