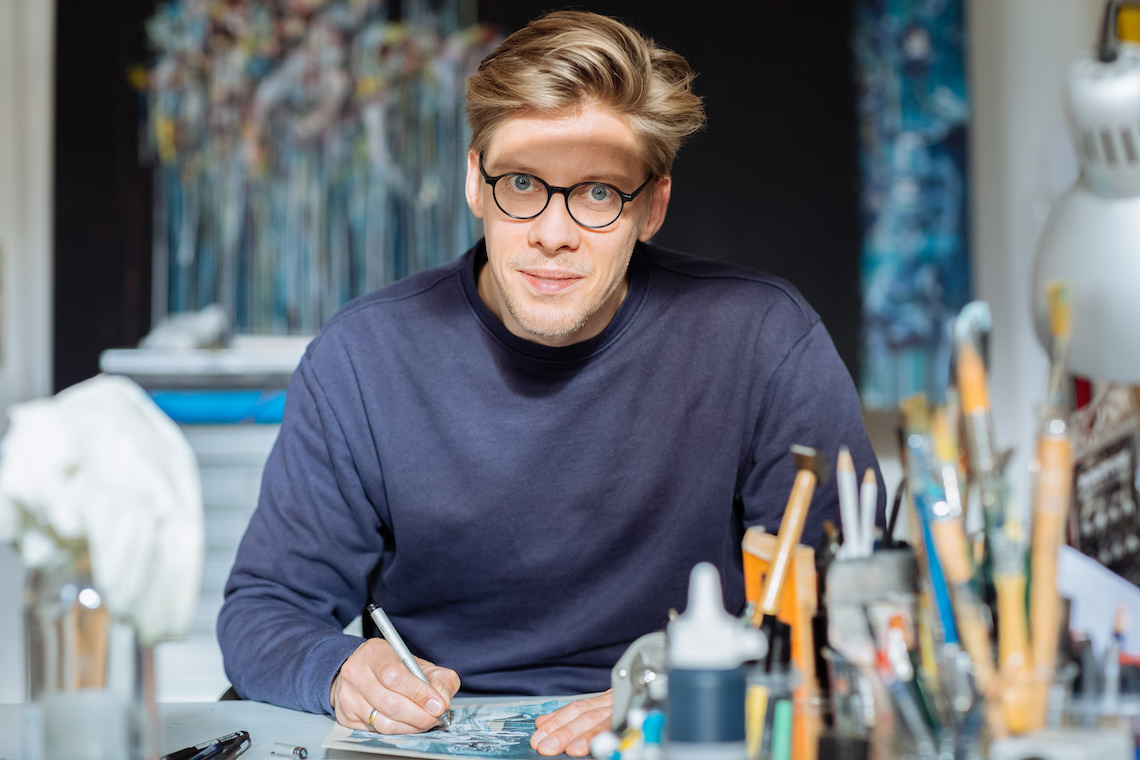 Inspired by a number of the complex problems of contemporary society, the Berlin-based artist Peer Kriesel created a diverse body of work. Three of his most prominent series of drawings and paintings, “Grimaces”, “Swarm paintings” and “Overpaintings” provide an insight into the artist’s opulent visual language and his original disposition as a draughtsman. Visually demanding and filled with detail, works of Peer Kriesel deal with topics such as data protection, flourishing societal confusion, politics, wars and lack of solidarity, and aesthetics. The last issue has been occupying the artist for a long time, while he explores the absence of “true aesthetics”, and questions related to it. Visitors of the BERLINER LISTE 2017 will have the chance to observe Kriesel’s works first-hand and to engage in conversation with the artist gaining further insight into his concept.

Working on canvas and paper, Peer Kriesel uses acrylic and watercolor paint predominantly, allowing the color to drip and flow across the background. From this abstract chaos, he extracts figures, first mentally and then actually, by outlining them. Thus, he makes these odd creatures and characters visible to the observer, pulled out of his subconscious, liberated and brought into the light. One of the key recent pieces the artist has made through this method, “Liberation” (Befreiung), will be presented to the public at the upcoming BERLINER LISTE for the first time, accompanying a selection of representative pieces from his oeuvre. 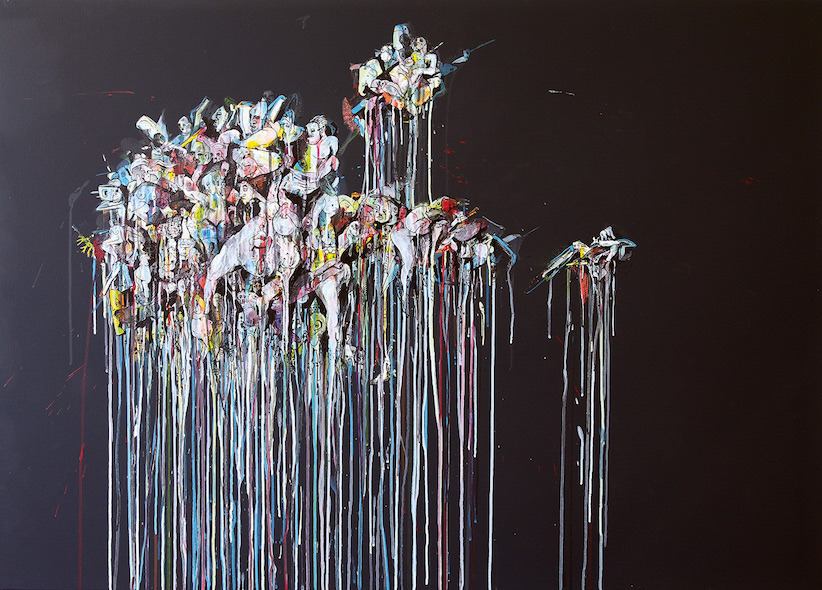 Recognized as a subtle mockery of diverse human characters, Peer Kriesel’s “Grimaces” are created through a gesture-based drawing technique. Caricatural faces, distorted beyond recognition, comment on the current overflow of social media visuals, selfies, but also on the invasive culture propagated by reality shows and celebrity lifestyle. Created with an almost uninterrupted line, the grimaces portray the psychological wrongful effects imprinted into a very large portion of susceptible individuals, whereas their emotions range from euphoria to rage, all merged into one discernible facial expression. Looking into the art of the face, the artist is on the constant lookout for the perfect grimace which would “embody the total emotion, the absolute power”.
Deliberately crowded, “Swarm paintings” are an explosion of color and characters, alluding to the present overflow of information, violence and absurdities. Taking a rather humorous attitude towards these phenomena, Peer Kriesel constructs complicated images, resemblant of rule-free wonderlands, but still populated with discernible characters we can easily recognize in real life. While toying with the idea of the masses, the artist manages to cram a surplus of situations into one image, emerging as a visual critic of society. 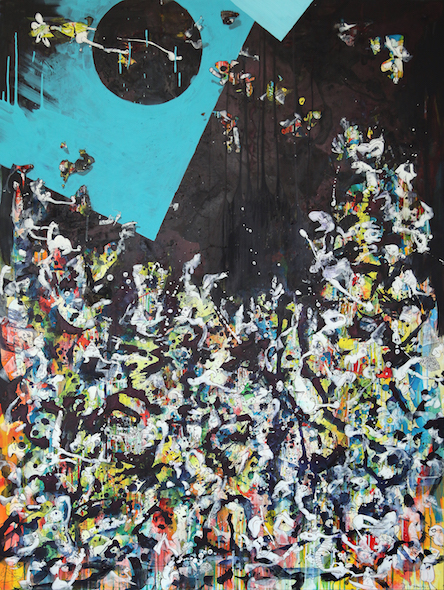 “Overpaintings” earned their name from the material – the artist chooses existing print products as a canvas for these works. He often paints on disposable paper objects such as validated transportation tickets, admission tickets, and old invitations. Each of these overpainted pieces tells a separate story, here covered with images inspired by design and other elements of the original ticket.
At the BERLINER LISTE 2017, the artist will show a selection of these overpainted tickets.

Born in 1979, Peer Kriesel works as a designer and artist in Berlin.