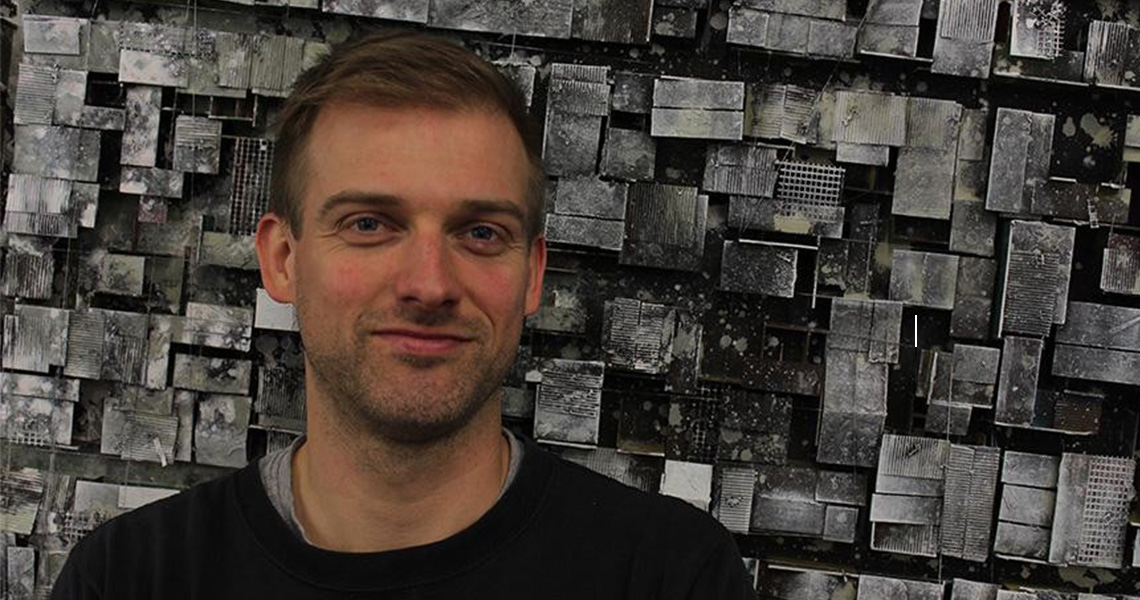 Hendrik Czakainski, a Berlin- based contemporary artist, will participate in 2016 Berliner Liste with innovative pieces and large-scale installations from his Urban Investigations series. This series was originally launched during the Berlin Art Week 2015, but due to its popularity it will be shown again at the upcoming largest art fair in Berlin. Hendrik Czakainski will take part in 2016 Berliner Liste together with Urban Spree Gallery and his work will be exhibited in the Urban Art Section, curated by Guillaume Trotin, our street art enthusiast. When it comes to the nature of Czakainski’s artworks, it revolves around the aesthetics of urban environments and it offers interesting insights into the modern city life. 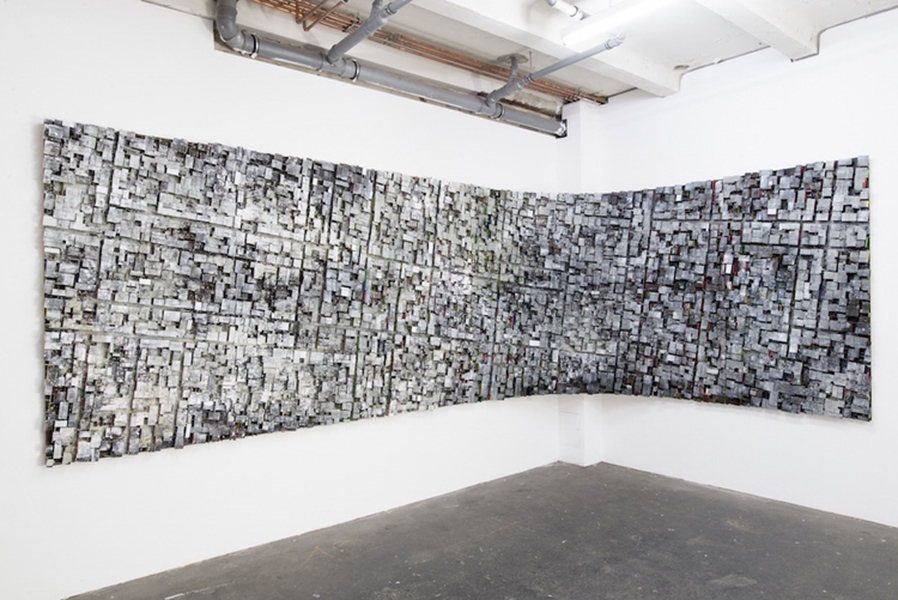 Hendrik Czakainski was born 1979 in Aurich, Germany. He is formally trained in screen printing and carpentry and he attended The FLOOR School for the Performing and Visual Arts before he became assistant to the artists Markus Draper and Wolfgang Flad. He was helping these artists and learning from them for roughly 5 years when he decided to choose his own path and establish himself as an independent creator. Czakainski has been an active exhibitor since 2009 and his work has been showcased in many solo and group shows both in Germany and abroad – in April 2016, he participated in Urban Art Fair in Paris, France. In 2013, the artist became an adjunct professor of architecture at the Beuth Hochschule für Technik in Berlin, where he currently lives and works. Even though he has a successful and busy academic career, Czakainski is still a very prolific artist thrilled to work on large-scale installations and innovative urban art which is challenging to categorize. His newest project called Urban Investigations includes installations built out of various materials – wood, carton, and even concrete. These artworks represent imaginary fractions of modern cities, ranging from typical industrial environments to post-apocalyptic scenarios. In my pieces I am trying to display fractions and glimpses of phenomena that occur at the clash of globalization, industrialization and demographic developments by translating them into the forms and material I have found over the years, says Czakainski about his work. His visions of urban environments often seem to be chaotic and a bit hostile, but he claims that amongst all the destruction and chaos we can always find something intriguing, which becomes a new departure point for different, not necessarily negative experiences. 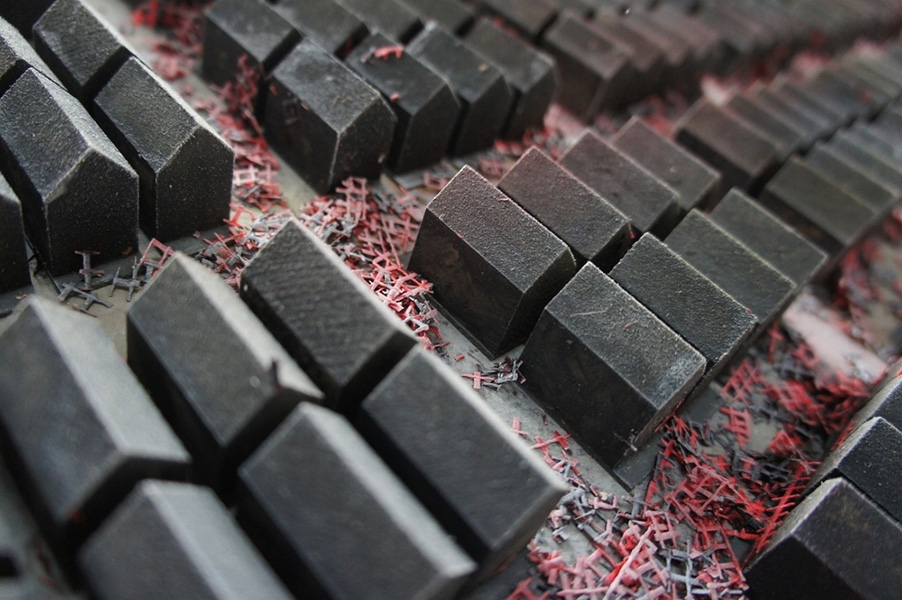 The Appeal of Bird’s-Eye View

The artist often uses a bird’s eye perspective in his works because such distance allows him to perceive the surrounding environment as part of a bigger picture. Even though some people might think he is copying views of particular areas using google maps, the artist never does so; instead, he uses maps just to obtain some initial inspiration when it comes to urban shapes and forms. The use of google maps also allows him to see things unattainable by regular human perspective. Thanks to this changed perspective, Czakainski creates new visual and conceptual correlations. It is important to note that his artistic process is rather complex and that he doesn’t use only google maps, but also screenshots from documentaries and read snippets of articles. It’s not until the second stage of his process that he starts making sketches or small models, while during the final stage he creates the large-scale version of his idea and colors the finished piece. 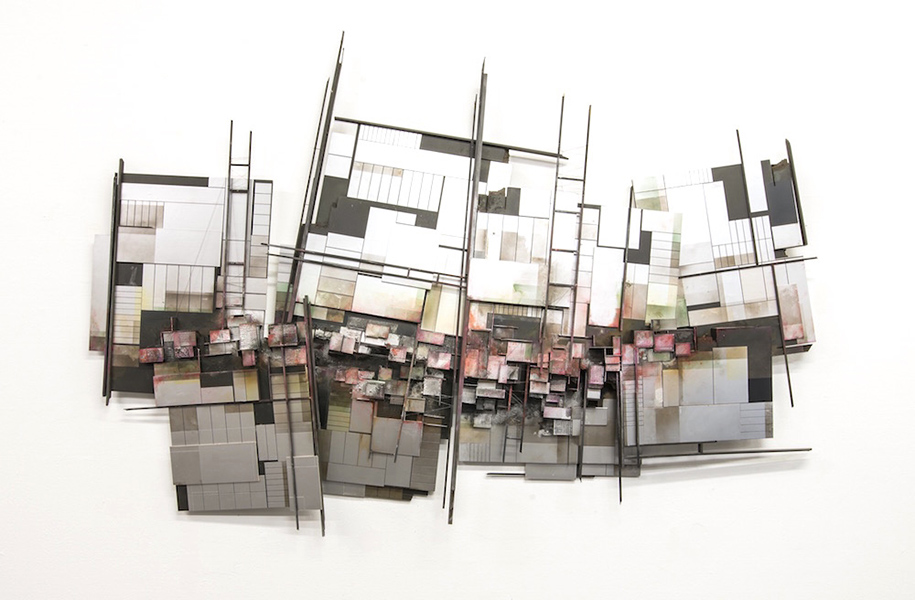 In the Urban Art Section of the upcoming Berliner Liste, Hendrik Czakainski will showcase, among others, his large-scale work entitled 120.630, which is one of the most impressive gigantic pieces from his splendid 2015 series called Urban Investigations. The title of the series derives from the character of my approach to the subjects I am dealing with which could be described as investigative, clarifies the artist. Czakainski and Urban Spree Gallery will have two separate booths during the show, where street and urban art enthusiasts and collectors will be able to immerse themselves into a refreshing world of non-traditional art, known for its powerful, bold commentary on various modern phenomena, such as environmental issues and human relationships.