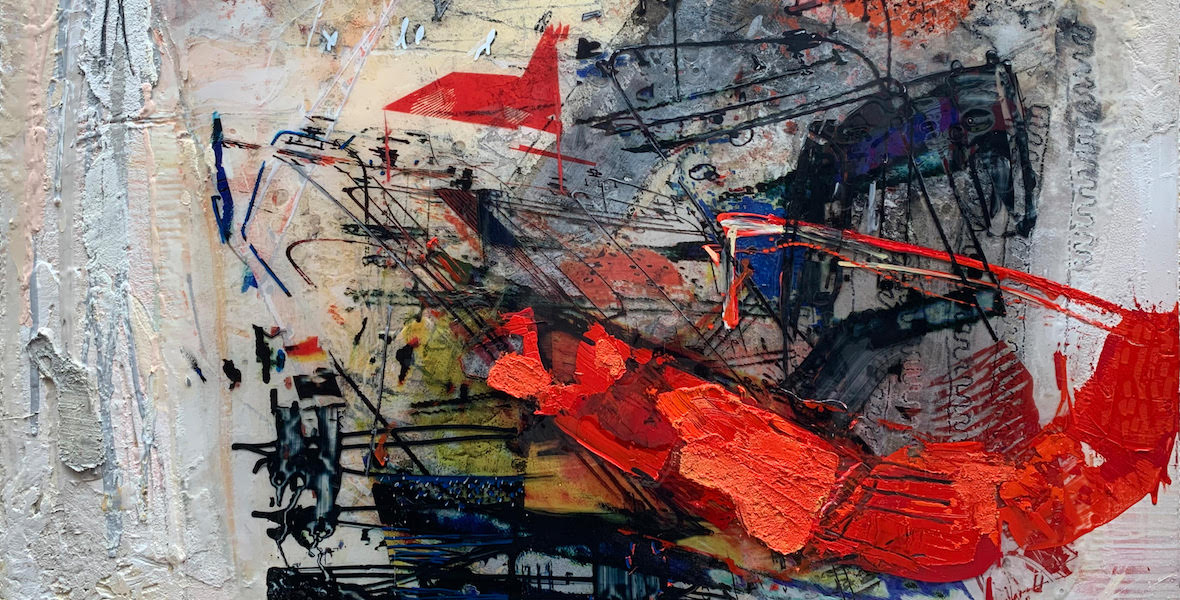 What does being an artist mean? For Georg Brandner, an internationally renowned Austrian creator, this signifies the only way to be. With a career spanning over more than 40 years, this visual author became one with his work, deeply immersed in every aspect of his practice, from ideation to creation. Driven by inner creative forces and inspired by universal change and transcience, he produced a spectacular oeuvre highlighted by dynamism in composition and chromatic richness, especially by the hue often named the “Branderian red”.
We are happy to announce Georg Brandner’s participation at the upcoming Discovery Art Fair in Frankfurt in November. 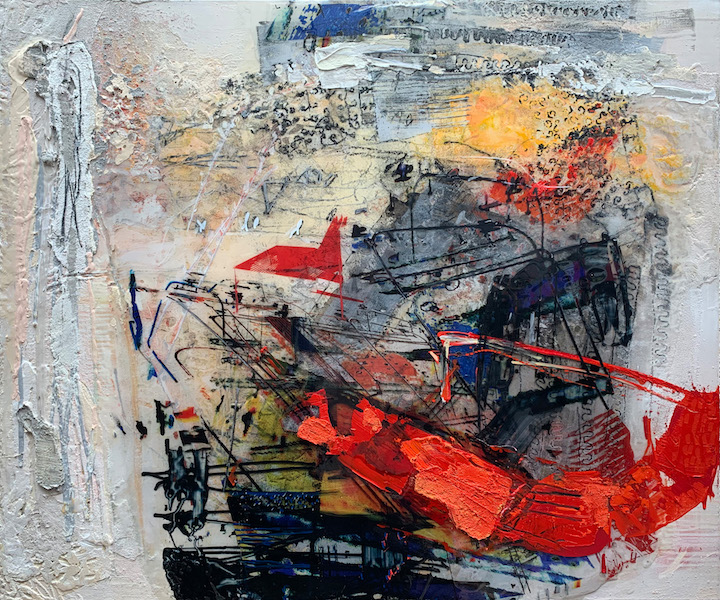 Moved by Travel and Diversity

With hundreds of exhibitions under his belt, Georg Brandner is also a passionate world traveler. Moving between Europe, America, and Asia, he collects impressions of various cultural idiosyncrasies and weaves them effortlessly into his work. His oeuvre is therefore universal, easy to connect with, yet reflective and intimate at the same time. His inspirations also come from his constant research of the material, from the expansion and diversification of his creative process, and from the continual evolution of existence. 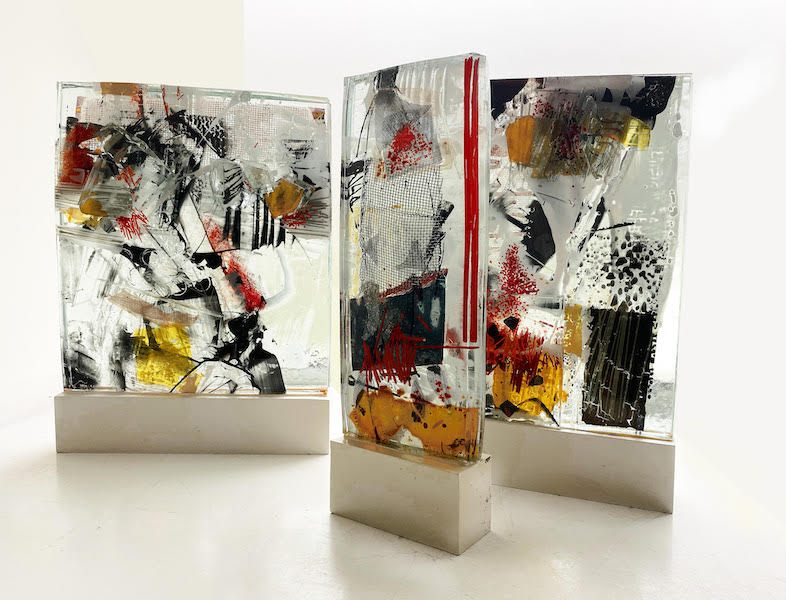 Inspired by the Constant Change

Looking at Georg Brandner’s works, we will find a range of paintings, or “collages on canvas”, but also a collection of vivid, curious glass objects that further animate his vision. His paintings are often executed on a large-scale canvas, symphonies of color and texture, bursting with energy. His generally abstract, yet associative visuals are animated, blustering cyclones of movement and texture, in which a line and a physical presence of paint share the same level of importance. One would not exist without the other, they are in harmony, creating these chaotic, yet cleverly composed pictures together. The observer is overwhelmed with the red, agitated with the restless line, and ultimately inspired by the overall vivified image. Georg Brandner’s paintings demand attention, provoke close analysis, and invoke a feeling of movement and life.

Forever an explorer, Georg Brandner creates as he lives: by continually searching for new spaces, vistas, and experiences, but also by testing and utilizing a multitude of materials. Pushed forward by the inevitable transformation of living, this unrelenting artist continues to produce art, generating novel pictorial and textural solutions. Life and art are completely intertwined for this holistic artist, as he is permanently driven to seek further in both.

From his picturesque studio in Niklasdorf in Styria, Georg Brandner will present a new series of works at the upcoming Discovery Art Fair Frankfurt, from November 4 to 7, 2021. 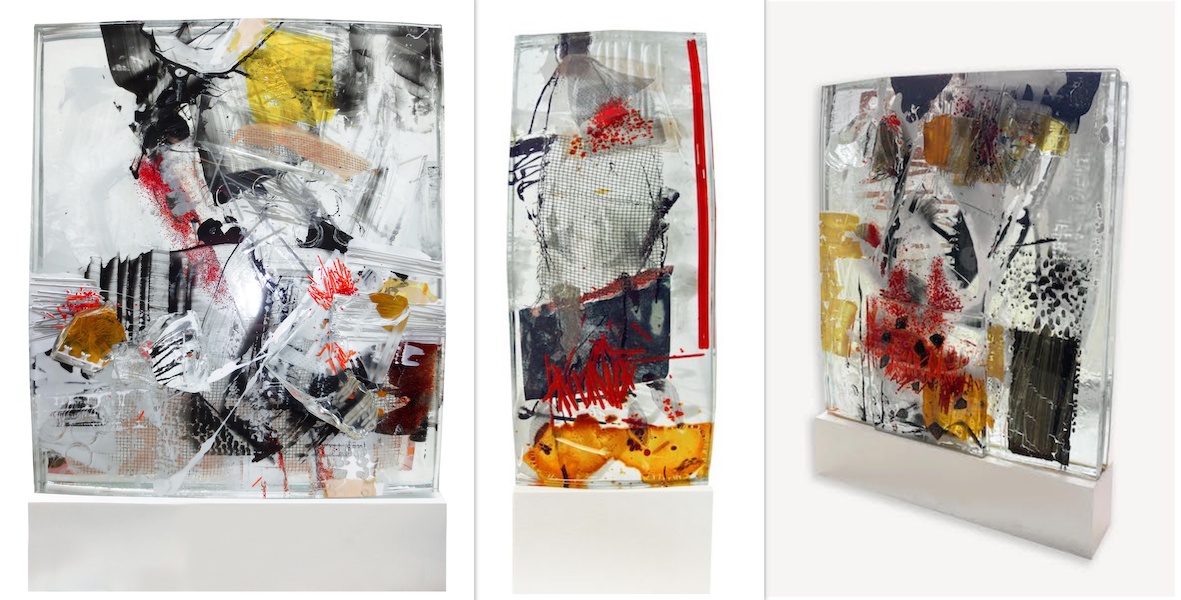 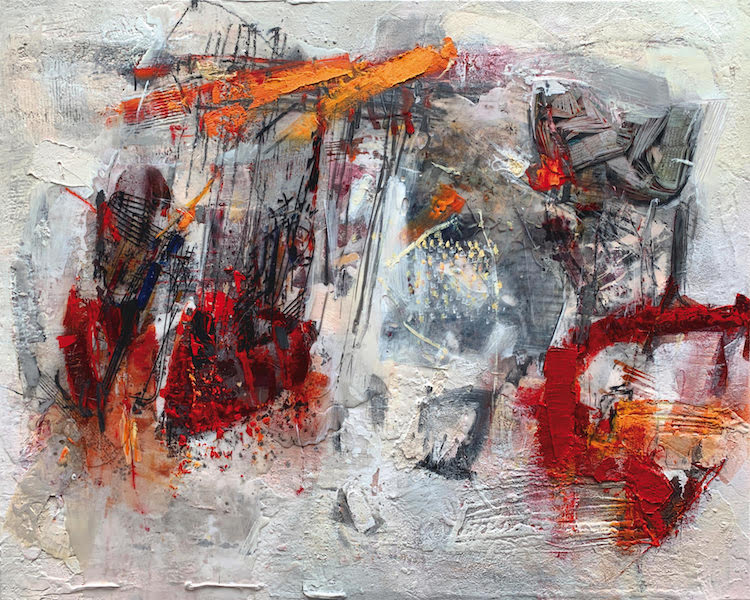