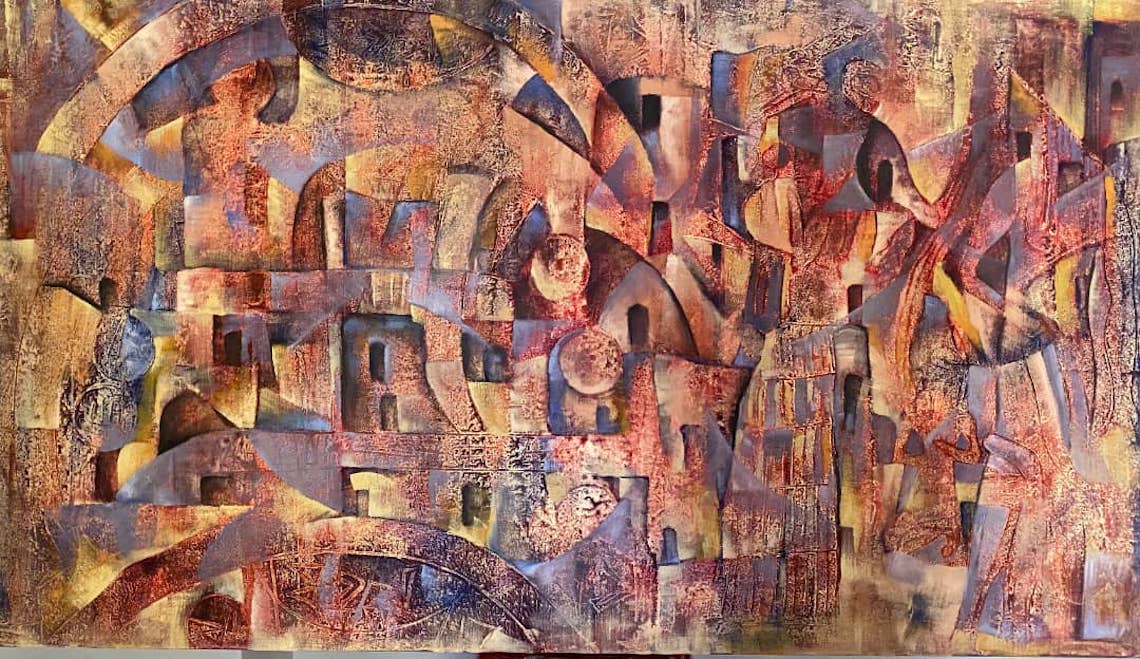 There are many folds to the painting of Firoozeh Akhlaghi. Some float on the surface catching the eye with the palette and the forms, and others delving deep into the history, guiding us viscerally to the world of ancient Meosopotamia, telling stories that have changed little since the dawn of civilization. Observing her work, the viewer is left wishing for more, seeking the archaic narrative, but also feeling visually captivated and pleased. Inspiration lies at the very core of Akhlaghi’s work, one she draws her work from and another one – she passes on to those who see it. 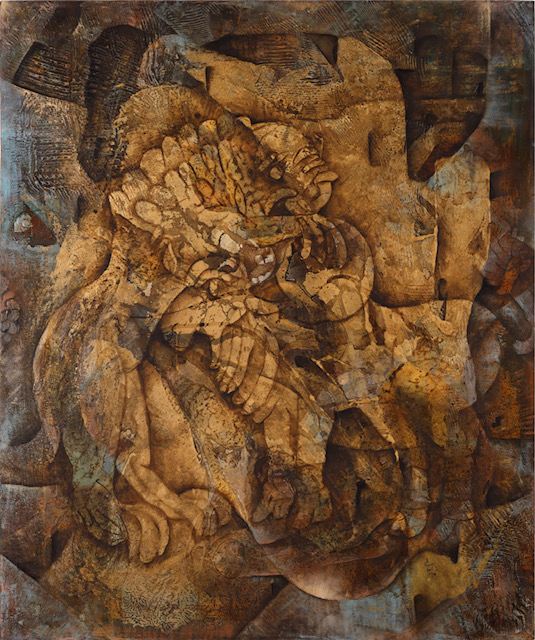 Firoozeh Akhlagi – A journey to the ancient world

A Journey to the Ancient World

Born in Iran, Firoozeh Akhlaghi has been painting since childhood. Her studies have taken her away from her home country, to Europe, where she established her painting practice. Drawing roots from ancient Persia, she created an imaged world filled with ancient seals and symbols. For the artist, these symbolic visuals have the essential impact on human identity, behavior and feelings. She sees them as the universal cultural starting point, something we all have in common, made to unify, and touch the collectively unconscious, or the deeply buried heritage we all hold within. 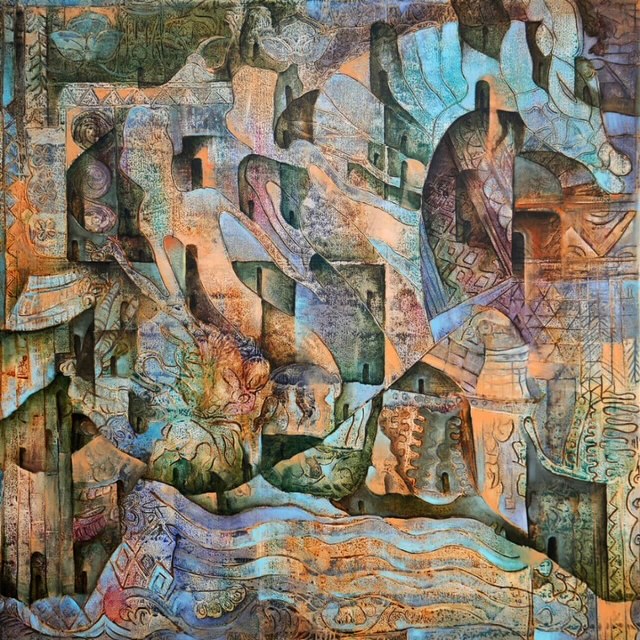 Firoozeh Akhlagi – A journey to the ancient world, 2017

Colors and Shapes of Old Iran

When it comes to form, Akhlaghi still leans on Iranian heritage and the abundance of color and ornament found in antique metropolises of Isfahan, Kashan, and Shiraz. We can catch a thread of a silk Persian carpet in her work, or count the tiles of an ancient mosque, all flowing form and into one another, creating a harmonious unity. In her work, the story is always in the details, the images that cannot be seen right away, small hints in shape and color, and the abstracted in-between. 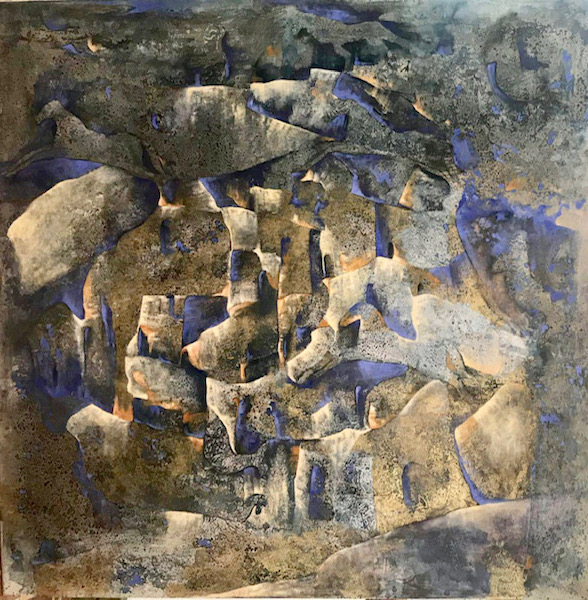 Firoozeh Akhlagi – A journey to the ancient world

The paintings Firoozeh Akhlaghi will present at the upcoming Discovery Art Fair in Frankfurt celebrate nature, just like ancient civilizations did. A supreme source of life, in which all living beings interact in balance, calling for the mental, emotional and civilizational return to our origins. The world she paints is a place of harmony and equilibrium. There, human figures interweave with animals, recreating magical beings of the past, and paying a marvelous homage to Mesopotamian culture. Through these abundant images, we are invited to reconsider our societies and cultures, our position and our responsibility towards them and the nature.

Firoozeh Akhlagi’s works will be presented as a solo exhibition, a part of Atrium Art Design project’s booth at the upcoming Discovery Art Fair in Frankfurt, from 3 to 6 November, 2022.